After Anushka Sharma posted a video featuring Virat Kohli as a dinosaur on the loose, celebrities flooded it with hilarious comments. Read for details.

Anushka Sharma posted yet another hilarious video on Wednesday featuring Virat Kohli as a dinosaur on the loose. The video has managed to tickle the funny bones of Bollywood stars and fans alike. In fact, stars like Ranveer Singh, Karan Wahi, and memer TedTheStoner even commented on the video.

There were several celebrities like who could not hold themselves back from commenting on the video. Where Ranveer Singh commented with laughing emoticons as he wrote, “Whutt”. Karan Wahi and Siddhant Chaturvedi laughed at the video and the context of it. 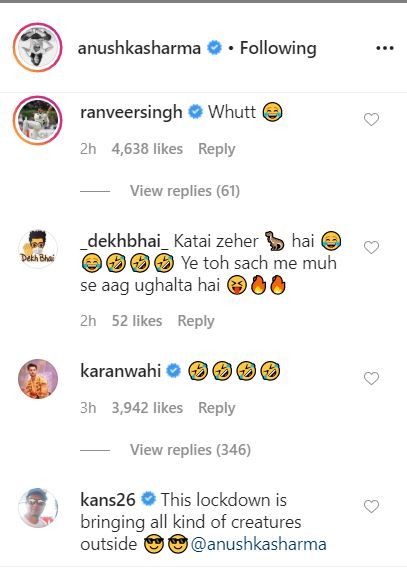 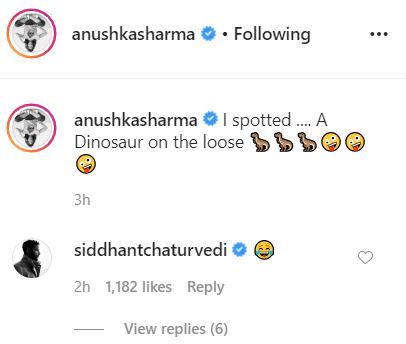 Not only that, but Virat Kohli also replied to Karan Wahi’s comments and said, “Tujhe badi hassi aa rahi hai”. (you are laughing too hard at this). The comment received over a thousand likes. Check out the picture below. 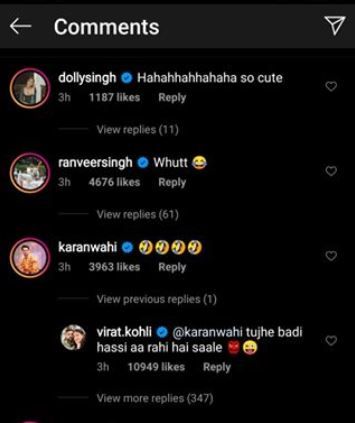 TedTheStoner, who is a popular meme maker, also commented on the post. The account is followed by Anushka Sharma as well. TedTheStoner commented with a laughing emoticon and received many likes on its comment. 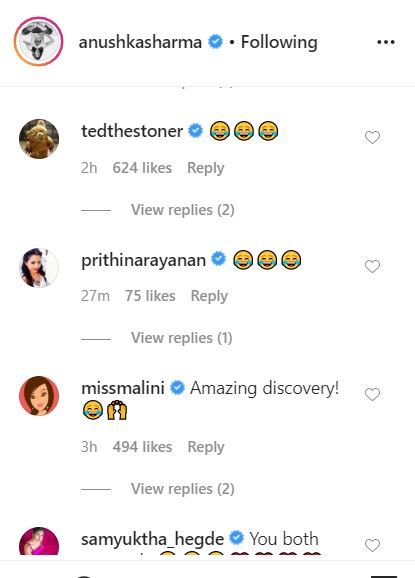 When the post went up on Anushka Sharma’s Instagram handle, fans started reacting to the hilarious video. Numerous fans flooded the video with their comments as they shared how funny they thought the video was. While some fans wrote that the video was the best thing on the internet that day, there were other fans who wrote 'Virat Kohli is the cutest dinosaur ever'. There were several fans who mentioned how cute Virat and Anushka were together. Check out the fan comments below. 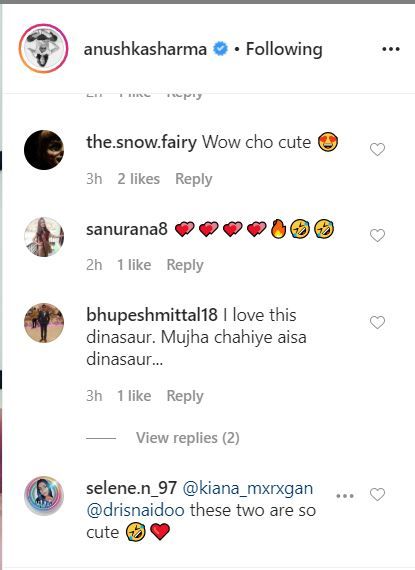 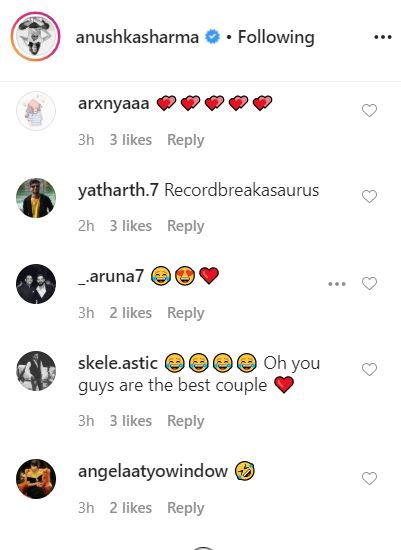 Read | What Is Google Proxima Beta Fraud And Can You Get A Refund After Getting Scammed?

On the work front, Anushka Sharma was last seen in Zero, where she shared the big screen with Katrina Kaif and Shahrukh Khan. The same year, she was seen in Sui Dhaaga opposite Varun Dhawan. She recently produced a web series, Paatal Lok, which has been bagging praises from all nooks and corners.

Virat Kohli is spending time in quarantine during the COVID 19 lockdown. The Indian Skipper keeps his fans motivated to help them get through these dark times. The cricketer was recently spotted by a fan practising cricket with his wife on their terrace.

Virat Kohli often updates his social media feed with his workout videos. He tries to encourage his fans to stay fit during the lockdown as well. Other than that, the couple also posts pictures of themselves to treat their fans.

Read | How To Add Freckles To Facebook Avatar On The App? Explanation Inside

Read | Anushka Sharma Spots A 'dinosaur' Loose In Her House, Virat Is His Hilarious Best; WATCH