Aparshakti Khurrana took to social media to share an adorable picture of himself from his childhood days where he can be seen in a quirky avatar. Read ahead.

Aparshakti Khurrana recently posted an adorable picture of himself from his younger days. The actor appears to be wearing a cool cap as he poses for the camera. Fans loved seeing this adorable throwback post and complimented Aparshakti for it. Several stars also commented on this picture as they were thrilled to see Aparshakti Khurrana in a younger quirkier avatar.

The actor can be seen in a blue polo t-shirt as he poses for the camera. His oversized snapback cap, too, does not go unmissable as it covers a portion of the frame. Aparshakti Khurana can be seen giving wide-eyes smile and thus fans found the picture to be quite adorable. The actor shared the picture and added a caption stating that the picture uploaded is a throwback of himself and his huge snapback.

throwback to me and my hugeeeee snapback ðŸ§¢

Fans marvelled at the amazing picture featuring the younger self of the actor. Aparshakti Khurrana’s brother Ayushmann also commented on the picture leaving hearts for his brother. A lot of fans adored this moment between the two and praised them for their bonding. A number of other stars too commented on the picture calling Aparshakti cute in his younger days. They also commented how on point his fashion sense was despite being quite young in age. Fans posted a number of positive comments, with many calling him cute. 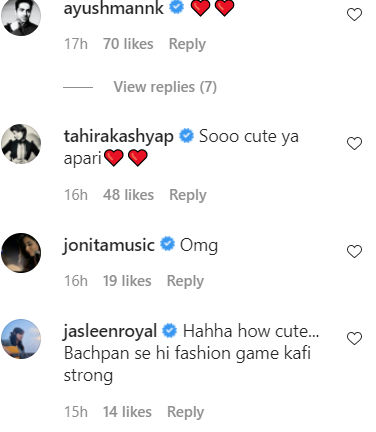 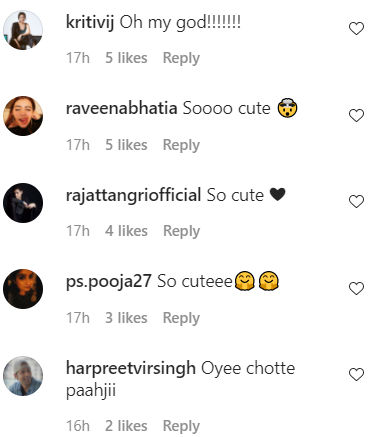 On the work front, fans have been waiting eagerly to watch Aparshakti Khurrana back in action on the big screen. According to a number of portals, the actor will be seen next in Helmet that has been directed by Satram Ramani. The film will feature Aparshakti Khurrana, Pranutan Bahl, and Abhishek Banerjee. The cast line up is what makes fans eager to watch the movie. The date for this film hasn’t been revealed yet. Aparshakti Khurrana will also be seen in the Asish Aryan directed film Kanpuriye. He will be seen with Harshita Gaur in the film. Divyendu Sharma will also be seen in the film playing a pivotal role.