Bollywood actor Arjun Kapoor took to Instagram and shared a rather relatable and hilarious video of a man playing cricket while under lockdown. Watch-

Bollywood actor Arjun Kapoor called out 'all cricket lovers' among his fans and followers as he shared a hilarious video through his Instagram handle. The video has a man playing cricket by himself on the terrace of a building and the way things unravel is sure to leave you in splits. In fact, Arjun Kapoor tagged team India captain Virat Kohli on the post and asked him if he can relate to the video while under lockdown. He wrote, "All cricket lovers right now? ðŸ˜‚ @virat.kohli do you relate??"

The actor's fans and followers were left in splits over the helplessness of the man in the video. Although Kohli hasn't taken note of the actor's post yet, Arjun's friends from the industry have replied to his question. Among the firsts to comment was Jab Tak Hai Jaan actor Katrina Kaif who quipped that she can relate. Model-actor Sophie Choudry called it 'atmanirbhar'. 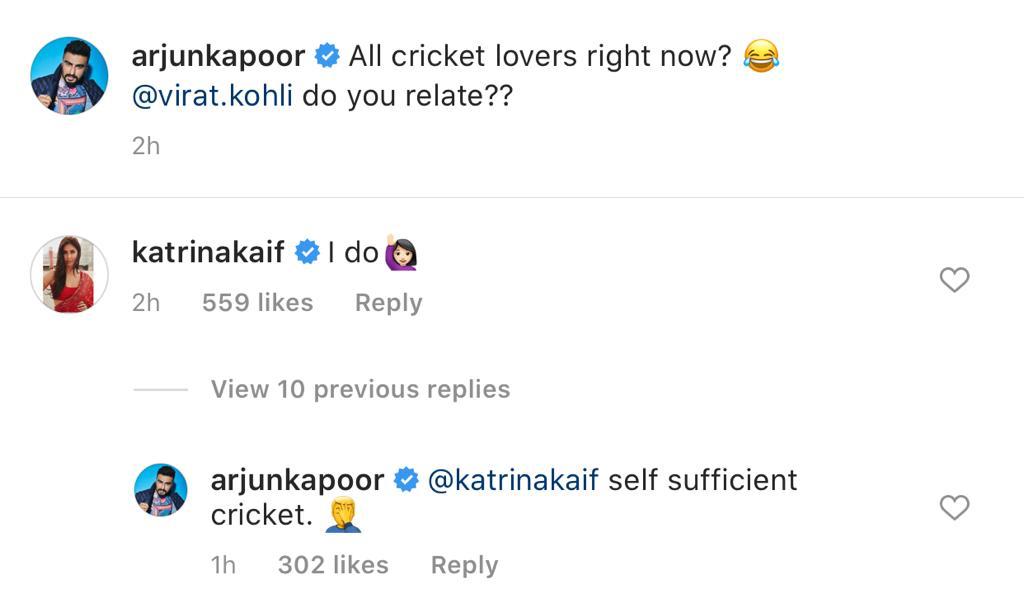 Arjun Kapoor has been under self-isolation with his sister Anshula Kapoor at his residence in Mumbai and has been actively updating his social media to keep his fans and followers entertained. He had recently shared another hilarious video where a child gets static hair after going down the slide.

He tagged celebrity hairstylist Aalim Hakim and joked that since he can't get a haircut from Aalim, he could get his next haircut with static hair. The Ki & Ka actor wrote, "Since @aalimhakim isn’t here this is the next best way for my next haircut... #MohawksRock"

Read | Arjun Kapoor shares a goofy video, says 'it is the best way for next haircut'; See here

Arjun Kapoor was last seen onscreen in Ashutosh Gowariker's period drama film Panipat along with Housefull 4 actor Kriti Sanon. He will be seen next in Dibakar Banerjee's upcoming film Sandeep Aur Pinky Faraar along with his Ishaqzaade co-star Parineeti Chopra. The film was scheduled to release on March 20, 2020, but has been postponed indefinitely due to the COVID-19 pandemic.