Arjun Kapoor took to his Instagram story and shared fan art of himself asking his fans to stay at home. Check out the fan art picture and get the details, here.

Bollywood actor Arjun Kapoor took to his Instagram story and shared fan art of himself. The art was uploaded on one of the fan accounts of the Panipat actor. What impressed the audiences is that the fan tart has a message for the masses during the difficult time of Coronavirus outbreak. Check out the fan art of the actor. 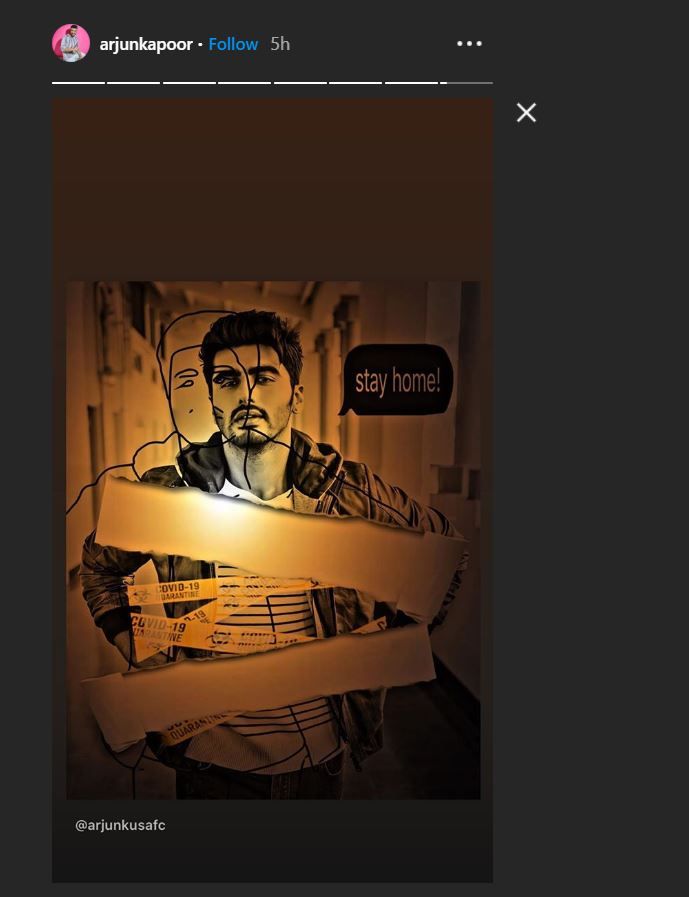 In fan art, Arjun Kapoor is seen asking his fans to stay home. The picture was made after the Prime Minister of India declared a 21 days’ lockdown in the entire national few days back. Many celebrities took to their social media accounts and posted about the lockdown. While Bollywood megastars promoted social distancing on their social media, some also appreciated the initiative of the 21-day lockdown.

The sudden outbreak of Coronavirus has ensured that all movie shoots, as well as reality television shoots, are brought to a complete halt. As per the statement released by the Federation of Western India Cine Employees (FWICE), it has announced that no movies or television shows can be shot between March 19 to March 31 due to the Coronavirus outbreak. However, the 21 days’ lockdown for declared recently and hence there might be a further delay in resuming the shooting of the films and shows.