Amid coronavirus pandemic, several Bollywood stars are finding out ways to keep themselves away from boredom and Arjun Kapoor shared a video to do so.

Amid coronavirus pandemic, several Bollywood stars are finding out ways to keep themselves away from boredom. Starting from doing mundane household chores to conducting live chats with fans, celebs are making the best use of their quarantine period. Recently, Bollywood's dashing star Arjun Kapoor shared a boomerang video on social media which is soaring the temperature with his looks.

The Ishaqzaade actor shared a boomerang video on his Instagram page while posing shirtless. It video seems to post his work out sessions as he can be seen flaunting his chiseled body and abs. The boomerang features American rapper Tyga's famous quarantine song Bored in the house while Arjun keeps his eyes on the camera. It seems that the actor is bored while sitting in the house and he's got eyes on his fans. "I Got my eyes (all of em ) on you," he captioned the picture along with a winking emoji.

Read: Arjun Kapoor Reveals The First Thing He Will Do When The COVID Situation Is Under Control

Read: Arjun Kapoor's Best IGTV Videos You Must Check Out Right Away

The post on the photo-sharing platform garnered more than 41k views within just thirty-six minutes of being posted. As soon as Arjun shared the clip, fans hinted that the eyes of the actor could be on his girlfriend Malaika Arora. One of the users asked Arjun that whether his eyes are on fans or his lady love Malaika. Another user requested Arjun to go for a sibling challenge with his sister Anshula and also wrote that it will be a big hit during the quarantine period. A third user chimed in and compared his looks in the video with a serious beast one along with kissing emoticons. A fourth user echoed similar sentiments and wrote that he is unable to take his eyes off the actor because of his intense look in the clip. 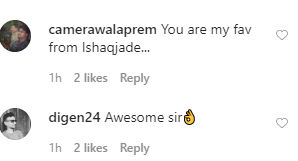 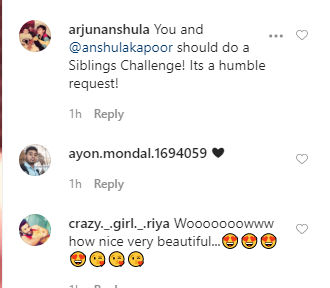 Read: Arjun Kapoor And Shraddha Kapoor Share A Great Friendship And These Pics Are Proof