Arjun Kapoor starred alongside Kareena Kapoor Khan in the film Ki & Ka which released back in 2016. The film released on this day that year and marks the fourth year anniversary since the release. Arjun Kapoor celebrated in his own unique way by sharing a series of stop motion video footage from the film’s poster shoot.

In the stop motion video, one can see Arjun Kapoor and Kareena Kapoor Khan striking poses for the camera in the significant backdrop and poses which were used for many of the posters of the film. In the never-seen-before video, Arjun Kapoor and Kareena Kapoor Khan can be seen smiling while the flash falls on them. They are essaying several looks in one stop motion video. 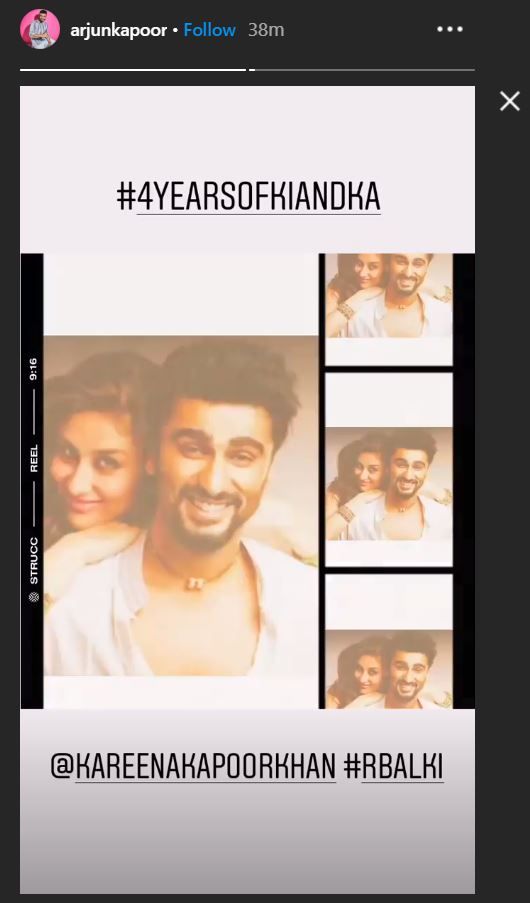 Arjun Kapoor and Kareena Kapoor’s hit role reversal film Ki & Ka released in 2016. The film was an R.Balki creation with script and direction done by him. The film tells the tale of husband and wife. The wife is the bread earner while the husband decides to look after the house. The roles are essayed by Kareena Kapoor Khan and Arjun Kapoor respectively.