Arjun Kapoor Asks Fans To De-clutter Their Life And Instagram

Arjun Kapoor took to his social media handle and posted an IG story which had a deeper meaning. Read on to know more about what Kapoor had to say.

Arjun Kapoor is one of the most talented actors of Bollywood. He has starred in several films that have gone on to become a box-office hit. He has also starred in critically acclaimed films like Aurangzeb and Ki and Ka. Recently, the actor took to his social media handle, amid the COVID-19 lockdown, and posted an Instagram story that features a cryptic life lesson. Read on to know more about what Arjun Kapoor has to say to his fans here:

On April 2, 2020, Arjun Kapoor took to his social media handle and posted an IG story. In the IG story, Kapoor stated that he has just realised that this is maybe the greatest time to go through who we follow on Instagram. He asked fans to de-clutter their handles if needed. He further stated that the overload of the same information made him realise that blindly following everything and everyone will make you end up in a loop.

He urged everyone to take little steps towards progress and make this a better world one day at a time. He asks everyone to stop repetitions in our lives during this time of a pause. This can be applied to a lot of areas in our lives. Here is the story by the actor. 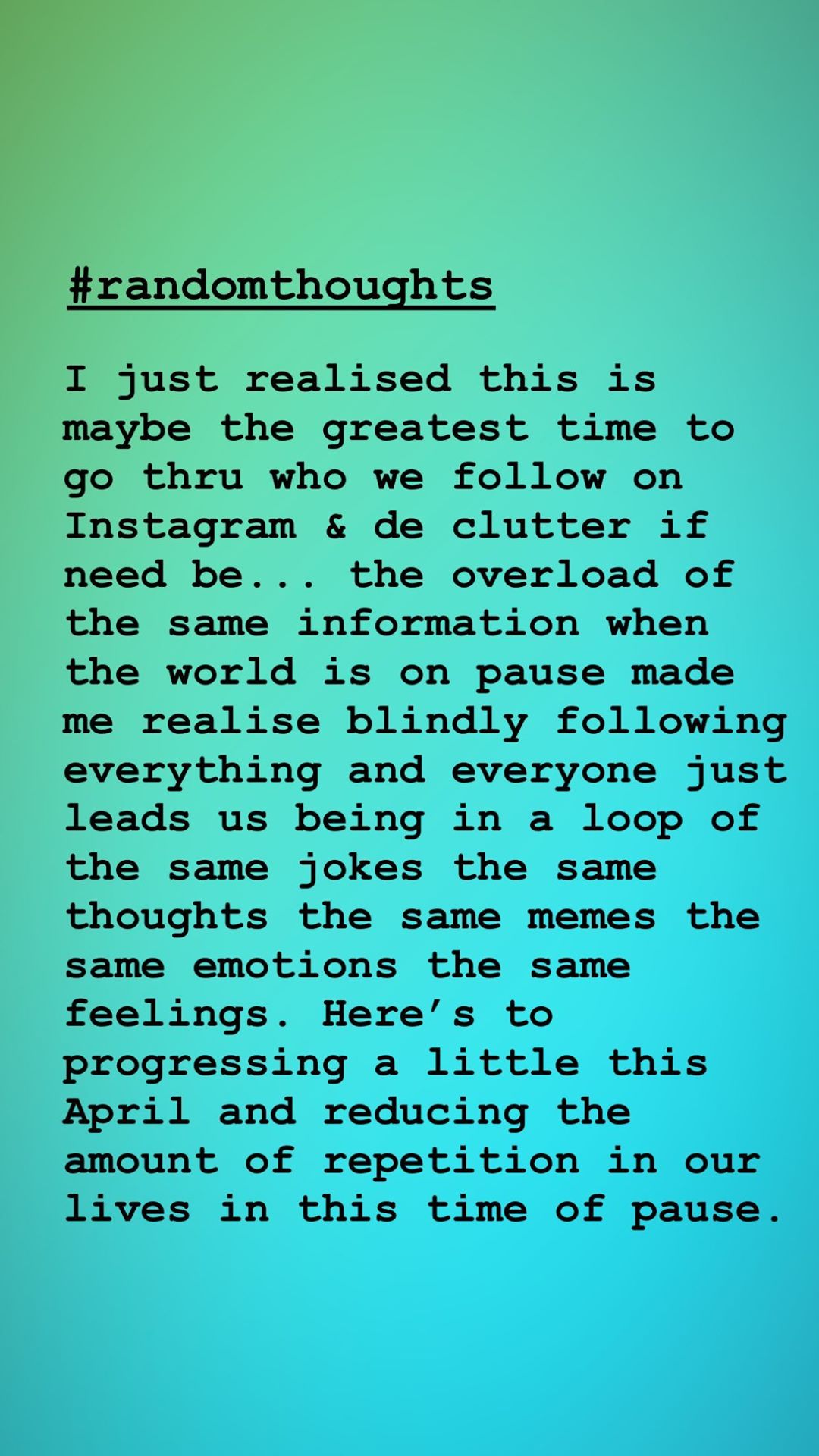 PEOPLE HAVE PLEDGED SO FAR
LATEST NEWS
View all
1 hour ago
Rohit shetty pens tribute for 'guru' veeru devgan, commemorates his 1st death anniversary
1 hour ago
Sonakshi sinha opens up about her upcoming web series & how ott is changing cinema
2 hours ago
Kiara advani's gifs that can be used to make conversations interesting
2 hours ago
Rhea kapoor shares anil kapoor's evolution from 'dwapar yug to 2020'
1 min ago
Sonu sood's reply to fan calling him 'amitabh bachchan' is winning the internet