Unseen Pic Of The Day: Ayan Mukerji’s Throwback Pic As A Gladrags Model Will Stun You

Ayan Mukerji is one of the most successful filmmakers in the industry currently. A recent throwback picture of him has been going viral on social media. See Pic

Ayan Mukerji is one of the most successful, gen-next filmmakers on the block. Ayan is especially known to share a close bond with Bollywood actor Ranbir Kapoor and has worked with him in commercially successful movies like Wake Up Sid, Yeh Jawaani Hai Deewani and has also helmed the upcoming Ranbir Kapoor starrer adventure fantasy flick Brahmastra. Recently, a throwback picture of Ayan Mukerji has been going viral on social media which will certainly take you on a trip down the memory lane.

Also Read: Brahmastra' Director Ayan Mukerji's Plan To Save The Film From Being Leaked Revealed

One may get nostalgic looking at the picture thinking of how far, Ayan Mukerji has come now and has managed to catapult himself into the league of some of the A-list filmmakers. However, reportedly Ayan Mukerji also enjoys a considerable female fan-following owing to his good looks. Take a look at the unseen throwback picture of the Wake Up Sid director. 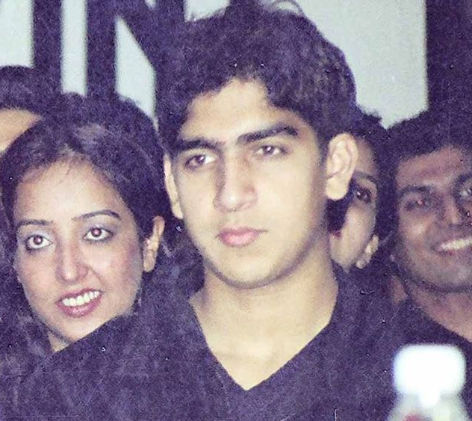 In other news, Ayan has reportedly formulated a plan to avoid his film Brahmastra from being leaked. The report added that the filmmaker wanted only a core team of experts working on it and handpicked a five-member team who are the only people in possession of the footage. The film, Brahmastra has also been shot in exotic locations across Bulgaria, London, Mumbai, and Varanasi among other places.

Talking about the importance of VFX in Brahmastra in an earlier interview with a publication, Ayan Mukerji said that when they broke the Brahmastra logo at the Kumbh, they were really excited that the end of the road is near. He also revealed that in the coming weeks, he realized that the teams working on the film, lead by his VFX teams need more time to get the VFX right, to get the sound and the music right. He further said that they needed more time to get the film right. The makers of the movie are reportedly planning to release it in the Christmas slot this year since the Aamir Khan starrer Laal Singh Chaddha will not be releasing during that time, owing to the pandemic.

PEOPLE HAVE PLEDGED SO FAR
LATEST NEWS
View all
2 hours ago
Cyclone Nisarga: Madhuri Dixit asks fans to refrain from spreading misinformation
1 hour ago
Amitabh Bachchan's movies where he played the role of a common man fighting injustice
53 mins ago
Tiger Shroff wishes Ahmed Khan on his birthday, says 'can't wait to work with you again'
1 hour ago
Abhishek Bachchan wishes Jaya and Amitabh on their anniversary with cute throwback pic
55 mins ago
Milind Soman calls boredom the root cause of mental and emotional disorder