Ayushmann Khurrana recently uploaded a video where he asked his followers to do what they can to help end violence against children.

The video starts with Ayushmann Khurrana reciting a lovely poem in Hindi. The actor seems to be sitting in his bedroom and is also sporting a UNICEF t-shirt in the post. After Ayushmann Khurrana recites his poem, he talks about the importance of childhood, mentioning - 'every child has the right to a safe, happy and healthy childhood'. The actor also asked his fans to help end 'violence against' children and support a good cause.

The actor mentioned the same in his caption. He once again asked his followers to join him to help the children of this country. His caption read - 'My childhood memories always put a smile on my face. But for many children, their childhood remains incomplete. As @unicefindia Celebrity Advocate, join me to #ENDviolence against children in India.' (sic)

Many fans admired the video posted by the actor and commented on the post, Most comments mentioned that Ayushmann had taken up a good cause. Take a look at the comments fans left on the post: 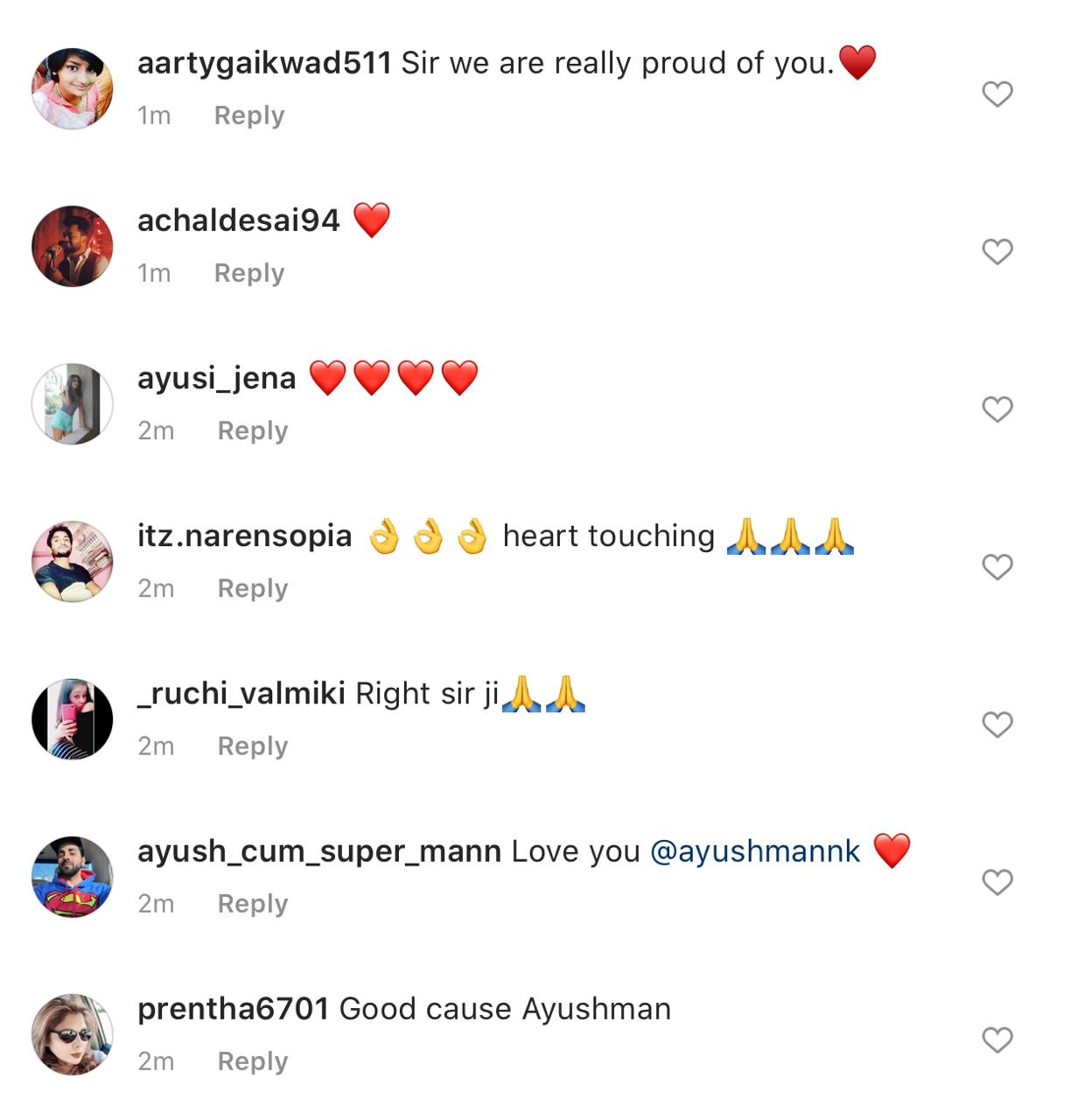 Dr. Yasmin Ali Haque, the UNICEF Representative in India also mentioned recently that she was delighted to have the actor as an ambassador for the organisation. Dr Yasmin added that Ayushmann was an actor 'who challenges the boundary of every role' he played and added that Ayushmann's support to the campaign will help spread the word to a larger audience.

Ayushmann Khurrana also talked a bit about being a part of UNICEF, he mentioned that he was very 'pleased to be a part' of the organisation and mentioned that he truly believed that children deserved a safe and happy upbringing. Finally, he added that he was looking forward to supporting the rights of children in every field he could and that he wanted to make sure they all grew up to being happier and healthier.

Footballer David Beckham also added a post supporting the cause on Instagram. His caption read - 'I'm joining world leaders in calling for an end to attacks on children’s learning. When we empower and protect children we give them the opportunity to unlock their incredible potential.' (sic). Take a look:

The actor is very active on his social media and keeps posting regularly to keep his fans and followers updated. In one of his last posts, fans can see the actor and his brother Aparshakti kissing their mother on the head. The post was uploaded on the occasion of Ayushmann Khurrana's mother's birthday. Many fans liked and commented on the post. Take a look at the post:

In another post, the star could be seen on a bicycle sporting a face mask. The post was captioned- 'My karmic cycle
Always takes me back to my city.' (sic) Take a look at the post: