On Monday, February 8, Ayushmann Khurrana shared a family photograph from Kaziranga National Park. He was seen posing with his wife Tahira Kashyap and two kids.

Ayushmann Khurrana is currently in Assam for the shoot of his upcoming film Anek. On Monday, February 8, he shared a family photograph from Kaziranga, Assam on Instagram. He was seen posing with his wife Tahira Kashyap and kids, Virajveer, Varushka as they enjoyed a safari at the Kaziranga National Park. Seems like the family had a gala time at the safari. Read ahead to know more about Ayushmann Khurrana's family trip.

In the picture, he was seen posing with his family standing next to a car. His son was standing on the car while he stood with his wife and daughter with a beautiful view of the National Park in the backdrop. They were basking in the sun as they posed for the lovely family picture in sporty looks. He captioned his post by writing, “Gypsies of Kaziranga. Feb 2021.” Take a look at his Instagram post below. Also, check out some of the comments left by his fans and followers. Earlier, Ayushmann shared a glimpse of their safari at the Kaziranga National Park. Sharing a video, he treated his fans with the beauty of the park where he spotted a Grey-headed fish eagle. He captioned his post saying that the last time he had visited the central side of Kaziranga and this was Eastern. He also mentioned that this was slightly bigger and more versatile and that he was a nature baby. He thanked his tour guide Sapan da and said he was too cute.

His wife, Tahira also took to Instagram to share a snippet of their safari. She shared a picture of a mother and baby rhinoceros that they had spotted in the national park during the sunset. She captioned her post saying, “Mama, daughter and sun.”

Earlier, she shared a selfie in which she can be seen enjoying the picturesque view. She opted for a black hoodie, sunglasses and gazed at the sky with Ayushmann in the background. She captioned her post saying, “Kaziranga skies!”

On the work front, Ayushmann announced his new film, a few days ago. Sharing a picture with the director, he wrote that he was excited to collaborate with Anubhav Sinha for Anek. He also shared his look and revealed his character’s name as Joshua. Fans and celebrity friends sent in good wishes for the actor. 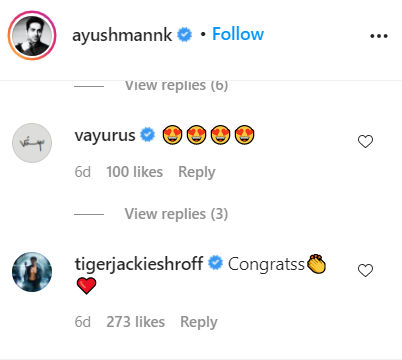 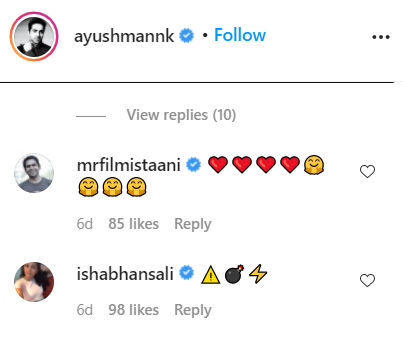 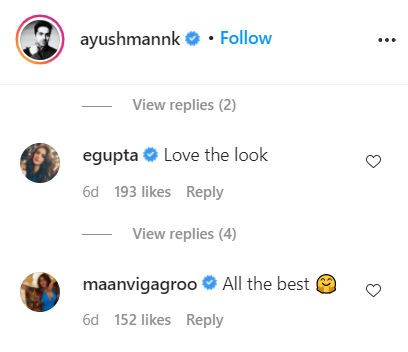