Ayushmann Khurrana shares unseen pic of his 'Badhaai Ho' costar Gajraj Rao in an unrecognisable avatar. The actor celebrated his birthday on January 11.

Ayushmann Khurrana shared an unseen picture of his Badhaai Ho costar Gajraj Rao in an unrecognisable avatar. The actor celebrated his birthday on January 11. Gajraj Rao and Ayushmann had worked together in two movies in recent years including Badhaai Ho and Shubh Mangal Zyada Saavdhan. Check out some unseen pics of the Badhaai Ho actor.

ALSO READ| Zayn Malik Quiz: On His Birthday, Test Your Knowledge About The 'Pillowtalk' Singer

The actor recently wished his Shubh Mangal Zyada Saavdhan costar, Gajraj Rao, on his birthday yesterday. Ayushmann shared two pics of Gajraj from when is earlier times as an actor. Here are the pictures that Ayushmann shared on his Instagram story yesterday. He also tagged the song Sajan Bade Senti from Badhaai Ho in one of his pics on his story too. 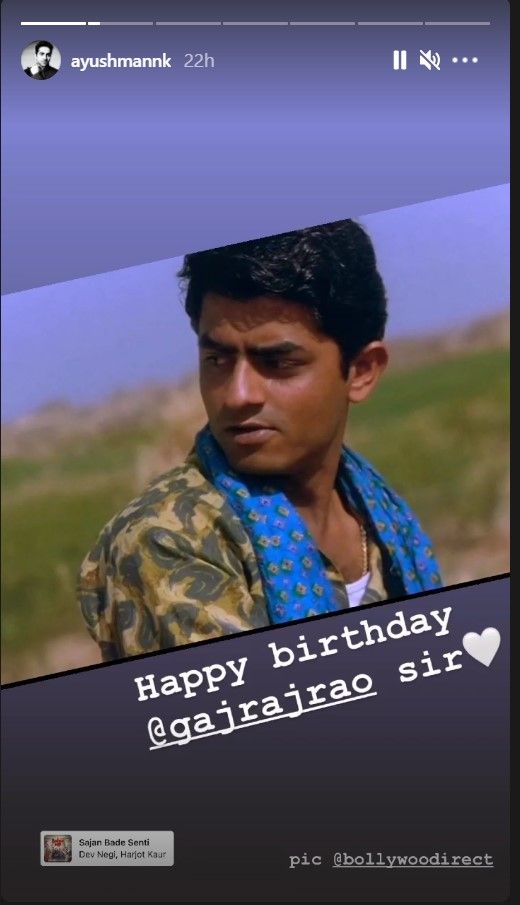 The above photo is from Gajraj Rao's debut movie named Bandit Queen. The movie also starred Manoj Bajpayee in the main roles. The film was released in 1994 where Gajraj Rao played the role of Ashok Chand Thakur (who is the Sarpanch's Son). The same is confirmed by Manoj himself who also shared the same pic of Gajraj Rao on his social media yesterday. 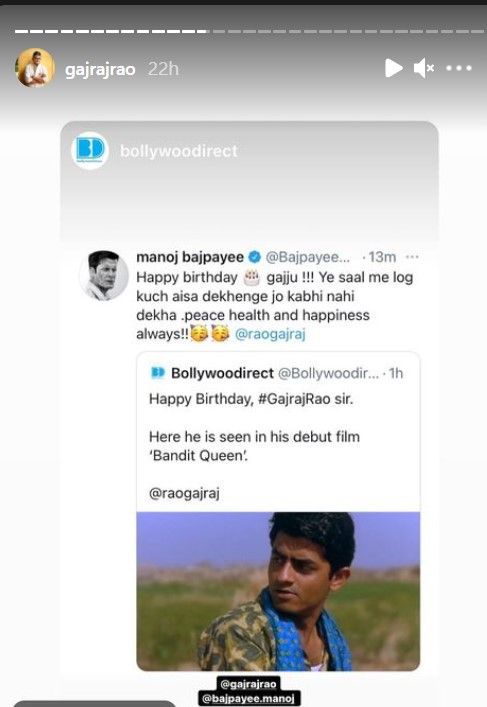 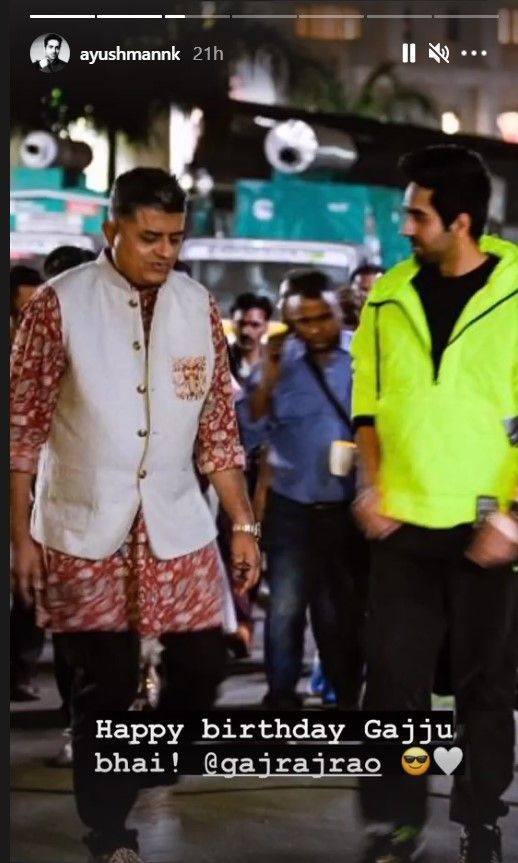 Gajraj Rao celebrated his 50th birthday on January 11, 2021. Gajraj also took to his Instagram story to share a note of thanks for all his contemporary actors from the film industry as well as his friends, who wished him on his birthday. The actor was last seen in the film Lootcase. The Badhaai Ho actor Neena Gupta also took to the social media to share a fun post for her co-actor on his birthday yesterday.

After the success of Badhaai Ho, the pair was seen in Shubh Mangal Zyada Saavdhan where Neena Gupta and Gajraj Rao played the role of Aman Tripathi's parents. Shubh Mangal Zyada Saavdhan starred  Ayushmann Khurrana and Jitendra Kumar in the main roles. Meanwhile, Gajraj and Neena Gupta were last seen together in Disney+ Hotstar series called PariWar. While Gajraj played a lead role, Neena was seen in a special appearance.