Bollywood actor Ayushmann Khurrana has created a schedule to exercise at home. The actor took to Instagram Stories and shared a video of himself working out.

Currently, the entire world is on hold due to the global pandemic. Many people have taken up new activities to keep themselves busy. The regular schedule of people, including gyming and working out has been compromised due to the virus. However, Ayushmann Khurrana has set up his own gyming and workout routine at home itself. Ayushmann recently took to his Instagram stories to share some of his workouts. Read ahead to know more-

Ayushmann Khurrana has recently posted a story of himself on his official Instagram handle where he is seen working out. The actor is shirtless and is seen doing single arm rowing. The actor captioned the story, “caveman sessions”. 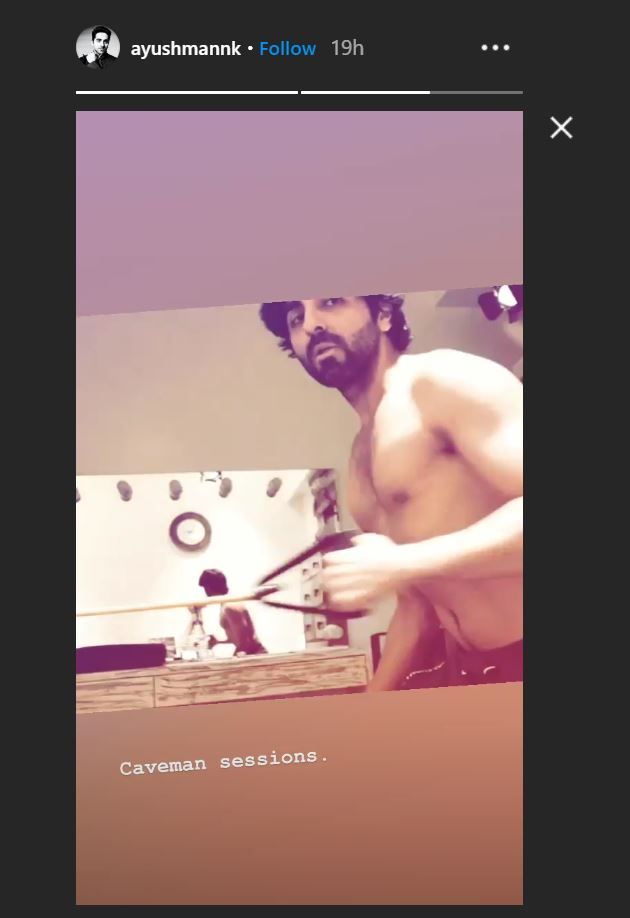 A few weeks ago also, Ayushmann Khurrana took to his social media to share a few videos of him working out. The caption of the stories remained the same, “caveman sessions”. The video posted a few weeks ago showcased the actor doing dumble exercises. Looks like ‘caveman sessions’ is the way of Ayushmann’s living in this quarantine. 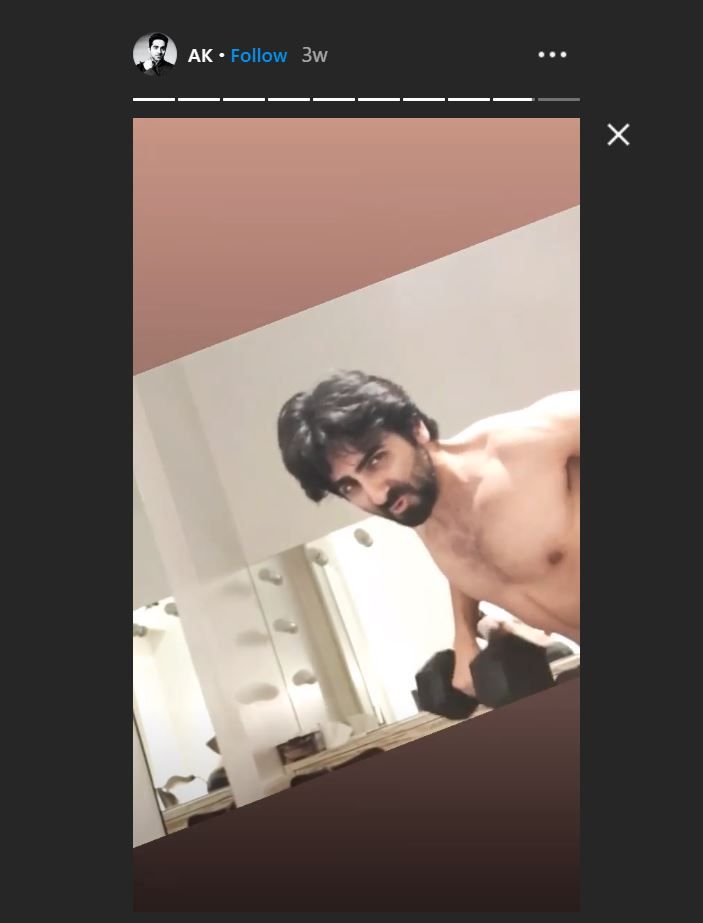 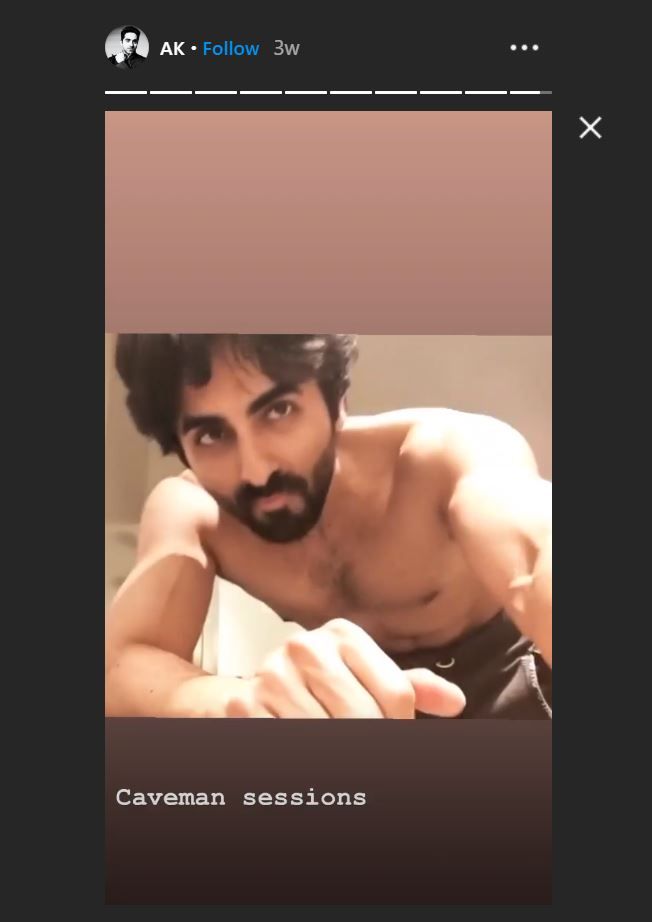 Ayushmann Khurrana was last seen on the big-screen in Hitesh Kewalya’s Shubh Mangal Zyada Saavdhan (2020). For this first time in his career, Ayushmann Khurrana played the character of a homosexual in the movie. He was cast alongside Jitendra Kumar in the movie, and both the actors received praises for their performances in the movie. The movie also cast Gajraj Rao and Neena Gupta in pivotal roles. The laughter satire managed to cross the Rs 50 crores mark at the Indian box-office.

PEOPLE HAVE PLEDGED SO FAR
LATEST NEWS
View all
52 mins ago
After Hindustani Bhau, now Martyrs' association files complaint against Ekta Kapoor's show
40 mins ago
This Day That Year: Akshay Kumar's #HawaAaneDe campaign & other events that made news
16 mins ago
Nora Fatehi's fans want director Mohit Suri to cast her in 'Malang 2'
1 hour ago
Shraddha Kapoor shares personal 'changes' to protect environment; brother has comical take
2 hours ago
Rakul Preet Singh showcases her flexibility as she 'slides like butter' in this yoga pose