Babil Khan recently shared pictures of his mother Sutapa's farmhouse which is yet under construction. Take a look at the pictures.

Late actor Irrfan Khan's son Babil Khan, who is known to be quite active on social media, recently took to his Instagram to share a picture of his mother's farmhouse. He uploaded two monochrome pictures and two coloured pictures. Check them out. 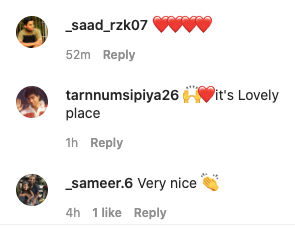 In the picture, it looks like the farmhouse is situated near a river. The caption of the picture reads, "A little vibe of mamma’s farmhouse." Further, it is seen as still under construction and the ceiling is yet to be painted. The porch of the farmhouse has indie vibes with glass walls and old school twisted stairs to the terrace. The outer side of the farmhouse is lemon yellow in colour whereas, in the last picture, there is a dark green colour.

A day before New Year's, Babil also shared a bunch of pictures with his mother. In the picture, the mother-son duo was seen sitting in a swing while Sutapa was resting her head on Babil's shoulder. In the caption, he talked about getting her guidance. It reads, "With your guidance. 2021." Check it out.

Irrfan Khan, who passed away on April 29, 2020, due to terminal disease was married to Sutapa Sikdar in the year 1995. The couple is parents to two sons, Babil and Ayan. The late actor was going through a colon infection after the diagnosis of his tumour and he died a few days after his mother's death. Babil, on the other hand, is inspired by his father and is often seen sharing memories of Irrfan teaching him life lessons. He debuted as a camera assistant in 2017 for the movie, Qarib Qarib Single.