Actor Bhumi Pednekar has often stolen hearts with her compelling performances. But do you know that she aces in many other home chores too? Read on to know

Bollywood actor Bhumi Pednekar has always managed to bag praises from the critics and the audience for her women-centric and content-oriented films. Right from her debut film, that is Dum Laga Ke Haisha, Bhumi stunned everyone with her compelling performance. The other films like Sonchiriya and Bala from her graph prove her versatility. But very few people know what else are her ambitions and expertise.

Recently, amid the nationwide lockdown, Bhumi Pednekar is flaunting her different skills and expertise. On the occasion of Easter Sunday, she baked a cake and shared a picture on her Instagram. Captioning the image, she wrote a caption that read, 'Bhumi the Baker'. See the pic:

READ | Bhumi Pednekar On Different Genres Of Films Being Made: 'Bollywood Is A Mirror Of Society'

Bhumi Pednekar has often raised her voice for different issues in contemporary society. Being one of them, she has addressed the climate changes and its impact on the life of humans and other creatures. Bhumi also joined hands with an environmentalist to contribute for the betterment of the health of Earth.

Bhumi Pednekar could be a gardener

Bhumi has often found a perfect peace spot at her home, and that is her garden balcony. In many of her pictures, she is seen posing in her garden balcony. Recently, when the plants in her balcony started growing fruits, the actor shared it with her followers on the story session of her social media handle. 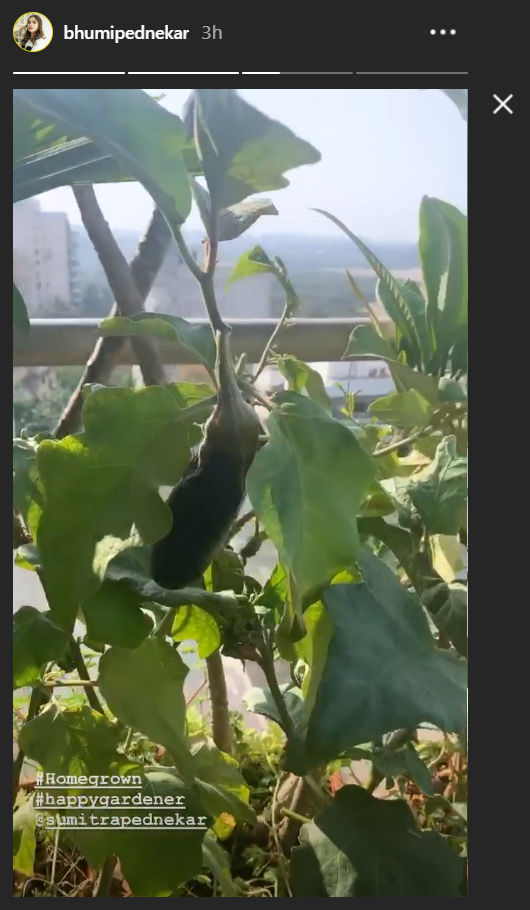 What's next in her kitty?

Talking about the work front of the Lust Stories actor, she has numerous projects in her kitty, including Durgavati. Apart from Durgavati, she will join hands with Rajkummar Rao for the sequel of 2018's hit film, Badhaai Ho. On the other side, Bhumi will join the lead cast of Karan Johar's multi-starrer film Takht. The upcoming period-drama will also feature Vicky Kaushal, Kareena Kapoor Khan, Janhvi Kapoor and Ranveer Singh, among others.