Bhumi Pednekar Shares Pictures From The Rugged Sets Of 'Durgavati'

Bhumi Pednekar is starring in film Durgavati which is the official Hindi remake of Bhaagamathie. The actor shared the pictures from the sets. Read more.

Bhumi Pednekar is currently celebrating after her last movie Pati Patni Aur Woh with costars Kartik Aaryan and Ananya Panday received an overwhelming response from the audience. She is also one of the most exciting young actors of this generation. Bhumi Pednekar's work has never disappointed her audience so far.

Also Read: Cardi B Gets Trolled By Netizens For Her Appearance At Grammys 2020

Also Read: John Green Best Books That Are A Must Read For All The Book Lovers

Bhumi Pednekar also ruled at the box office last year with her hits like Saand Ki Aankh and Bala. In 2019, the actor reportedly delivered ₹300 Crores gross box office in India which made her one fo the top actors in the industry. And now, Bhumi Pednekar has set her foot in the scary-thriller genre with her next film Durgavati.

Just today, Bhumi Pednekar took to her Instagram story to share the shooting location for her film Durgavati. The film is being shot at a rugged location which is well-suited for the genre of the film. The set is located at Bhopal in Madhya Pradesh. Bhumi shared the picture of the set which looks rugged and scary.

Here are the pictures shared by Bhumi Pednekar

Bhumi Pednekar captioned one of the pictures as "Location of the day #durgavati" and also mentioned the location of the place Bhopal, Madhya Pradesh. 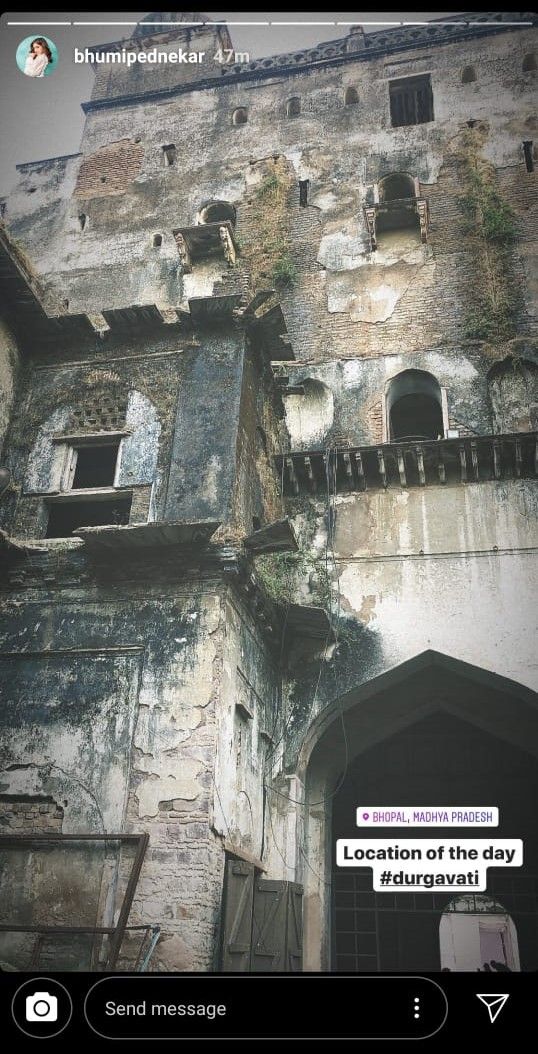 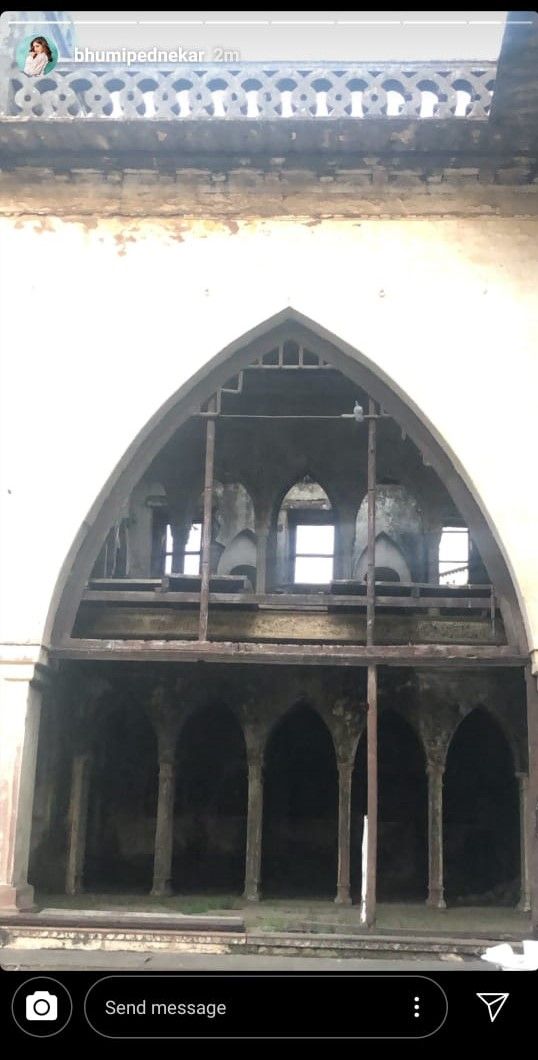 The film will be presented by Bollywood actor Akshay Kumar. The film will be directed by popular south filmmaker G Ashok. The news regarding the film was announced in November with a picture where Bhumi Pednekar was holding a placard with 'hero' written on it, while Akshay Kumar and Bhushan Kumar were holding the 'presenters' cards.

Bhumi Pednekar will reportedly be essaying the role of an IAS officer in the film. Durgavati is the official Hindi adaptation of Anushka Shetty-starrer 2018 Telugu horror film Bhaagamathie.

Also Read: Disha Patani Shares Her Experience Of Working With Salman Khan For The Second Time

Also Read: Prabhas To Play THIS Role In His Upcoming Film | Check Picture