Bhumi Pednekar will be seen in the movie 'Durgavati' featuring alongside Arshad Warsi and has been sharing some BTS videos and pics from 'Durgavati'. Read on.

The year 2019 has been super busy yet successful for Bhumi Pednekar as she saw some immense commercial success of her movies like Pati Patni Aur Woh and Bala. While Pednekar has been riding high on her success for her role in the flick titled Saand Ki Aankh, she was critically acclaimed for her role in Soncchiriya. The actor recently saw the success of her movie Bhoot and she is currently busy with her upcoming release, Durgavati.

Initially, Akshay Kumar shared a picture of Bhumi seeking blessings from the goddess at the film's mohurat. Later, Bhumi Pedenekar posted the same picture and expressed her readiness to start working for the movie. This was the very first day of the shoot.

Stating further, the Bala actor took to her Instagram and shared a boomerang and can be seen clapping for the first take of the first scene. Fans loved watching the way she gave an insight into her very first day of the shoot. She seems to be pretty happy for the start.

She also took to her Instagram story and posted a story to give fans an insight into the shooting location of the movie Durgavati. The location seems to be rugged which seems to perfectly suit the genre of the movie. The set is situated in Bhopal in the state of Madya Pradesh. 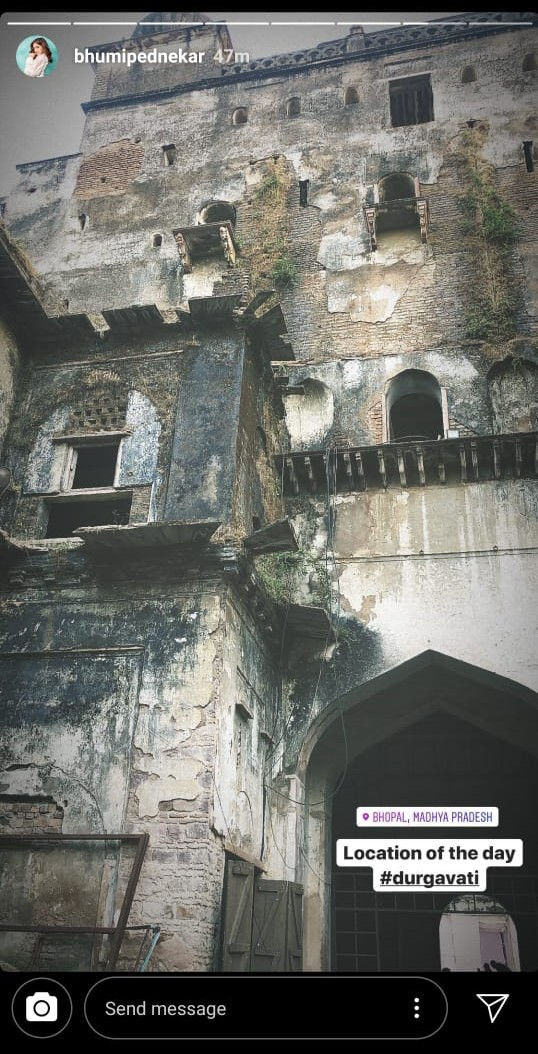 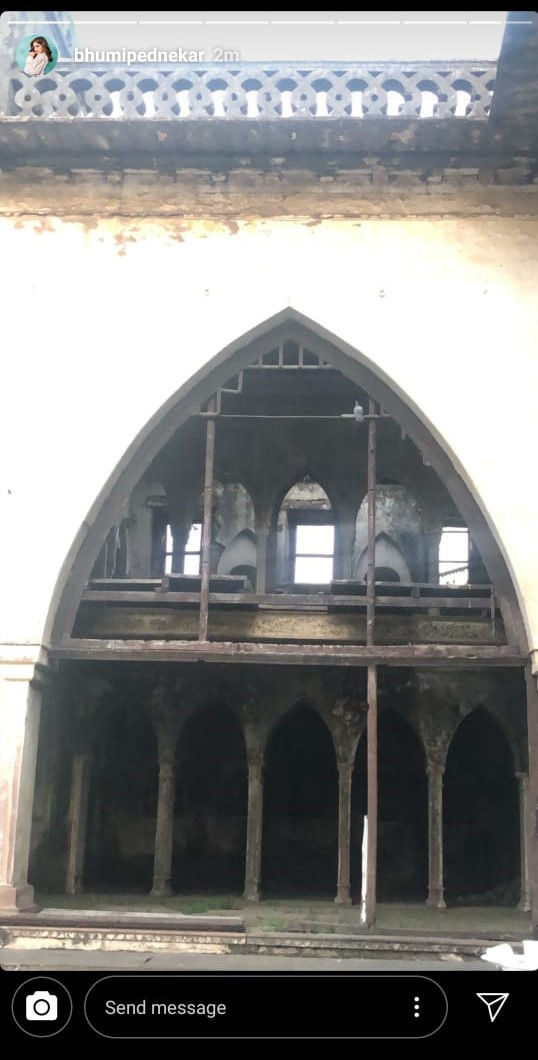 Bhumi Pednekar also got a surprise party from the team of G. Ashok, on the sets of Durgavati. The party was thrown by the team who honour the success of the actor in the film industry. Have a look: