Bollywood Movies In 2020 Will See Many Clashes At The Box Office; Here's A Complete List

Bollywood movies in 2020 will narrate some compelling stories which every Bollywood buff must look for. Here are some movies that will clash at Box office.

Bollywood is unarguably one of the most popular movie industries in India that churns out more than 200 movies every year. According to media reports, the upcoming year, 2020, will witness some of the biggest movie clashes in the history of Indian cinema. From Deepika Padukone to Akshay Kumar, all are bracing themselves to lock horns with one another at the box office. Here is a list of movies that will clash at the box office in the year ahead.

Bollywood movies that will clash at the Box office in 2020

Chhapaak vs Tanhaji: The Unsung Warrior 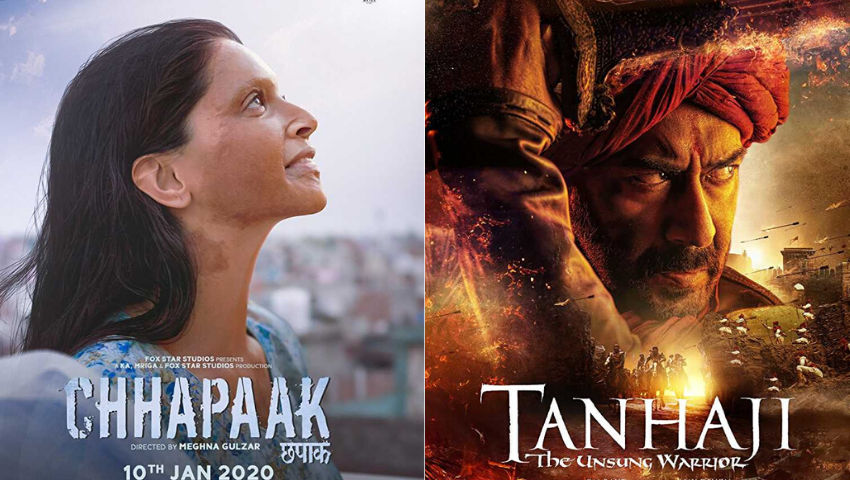 A few weeks into January, one will notice the first Bollywood movie clash between Ajay Devgn's Tanhaji: The Unsung Warrior and Deepika Padukone's Chhapaak; both of which are reportedly based on real-life characters. While Tanhaji: The Unsung Warrior will reunite real-life couple Ajay Devgn and Kajol onscreen, Chhapaak will bring together the fresh pairing of Deepika Padukone and Vikrant Massey. 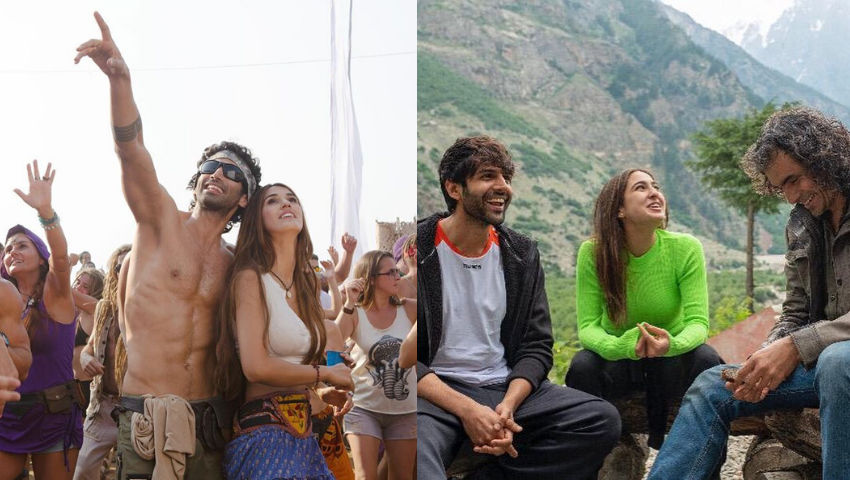 Come this Valentine's day, you will witness an epic box office clash between Imtiaz Ali's untitled film and Mohit Suri's Malang. According to reports, Imtiaz Ali's movie is titled Aaj Kal and is reportedly the sequel to his 2009 hit movie, Love Aaj Kal. The movie will feature rumoured couple Sara Ali Khan and Kartik Aaryan in the lead. Meanwhile, Mohit Suri's Malang will feature Aditya Roy Kapoor and Disha Patani in the lead. This is reportedly the first time Varun Dhawan and Kangana Ranaut will engage in a Box office battle. Reports have it that Remo D' Souza's Street Dancer is a sequel to his popular dance-drama ABCD 2 and will feature Varun Dhawan and Shraddha Kapoor in the lead. Meanwhile, Ashwiny Iyer Tiwari's Panga is a sports-drama featuring Kangana Ranaut in the role of an athlete.

Bhoot One: The Haunted Ship vs Shubh Mangal Zyada Saavdhan 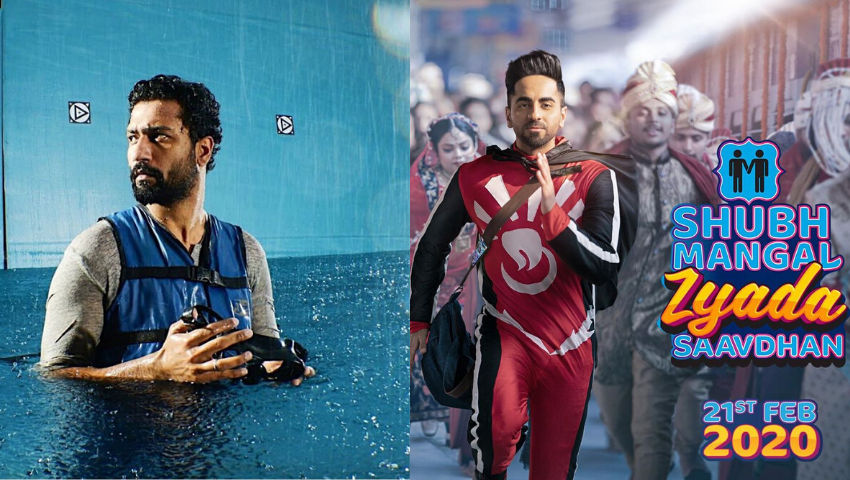 Vicky Kaushal and Ayushmann Khurrana, who shared the 'Best Actor' award at the 66th National Film Awards are reportedly going to share the same release date for their upcoming movies. According to media reports, Vicky Kaushal's Bhoot One: The Haunted Ship and Ayushmann Khurrana's Shubh Mangal Zyada Saavdhan will hit the marquee on the same date. It would be interesting to watch the box office battle between two of the biggest stars of the year. 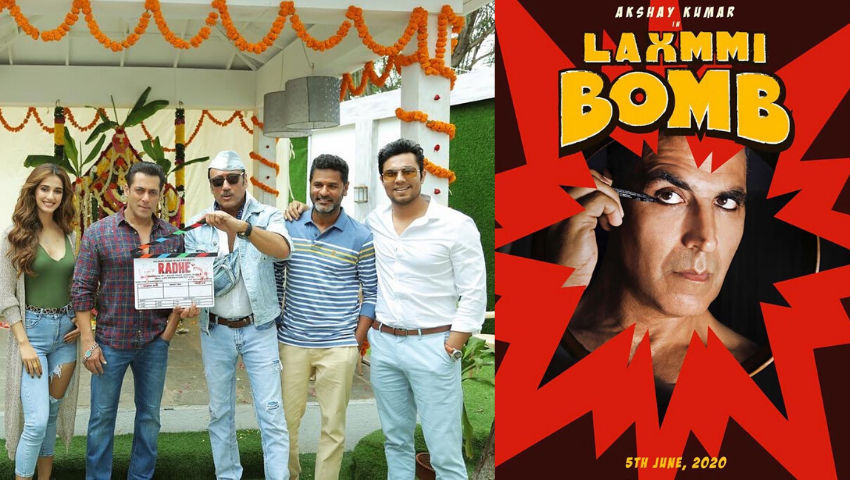 Come this Eid, and you will witness the biggest Box office clash of the decade. Rumours have it that Akshay Kumar's Laxmmi Bomb and Salman Khan's Radhe will clash at the Box office on Eid 2020. Ever since the announcement of the films, fans of the Bollywood stars are awaiting their release. Come October 2nd 2020, and movie-goers will witness an action-packed weekend with three of the biggest action-thrillers releasing on the same weekend. According to reports, Farhan Akthar's sports-drama titled Toofan will release on October 02, 2020, alongside John Abraham's Satyameva Jayate 2 and Vicky Kaushal's Udham Singh.

Also Read | Salman Khan Talks About Radhe's Clash With 'Laxmmi Bomb'; Says Eid Does Not Belong To Him

PEOPLE HAVE PLEDGED SO FAR
'Radhe' and 'Laxmmi Bomb' lock horns, It's Salman vs Akshay in 2020
Disha Patani to resume KTina after her completion of Radhe schedules
Salman Khan talks about Radhe's clash with 'Laxmmi Bomb'; says Eid does not belong to him
Salman Khan wishes to bring Chulbul Pandey, Kick's Devil & Radhe together in one frame
Disha Patani and Aditya Roy Kapur part ways in Malang's new song 'Phir Na Milen Kabhi'
WATCH: Ganesh Acharya's response on woman accusing him of asking her to watch adult films
Kiara Advani spotted at Madh Jetty
DO NOT MISS
OWAISI CHALLENGES ANURAG THAKUR
INDIA DEFEATS AUS IN U19 WC
YOGI: I AM NOT ANTI-MUSLIM
AYUSHMANN ADMITS TO SLIP IN COMMENT
WHY 2020 BUDGET IS THE TOUGHEST ONE
LIFE INSURANCE FOR NRI IN INDIA