In a shocking move by the Shiv Sena-led Brihanmumbai Municipal Corporation(BMC) on Wednesday, Bollywood actor Kangana Ranaut's office in Bandra has been partially torn down while the actor is en route Mumbai. As pictures and videos of her office, Manikarnika Films, go viral on the Internet, dancer-actor Lauren Gottlieb commented on the act by BMC as she expressed shock. She questioned the legality of the demolition and said that "life right now just doesn't feel safe". 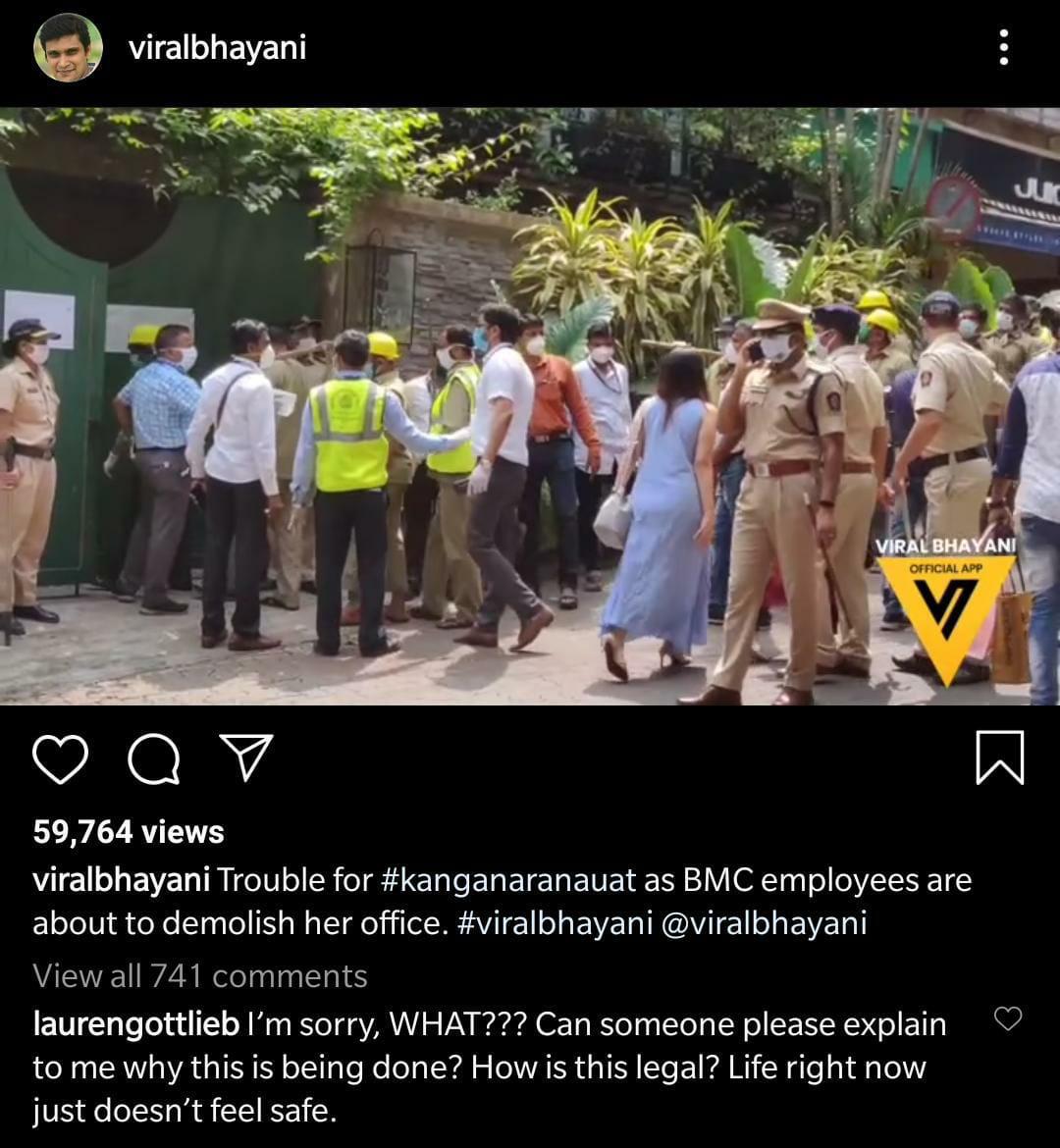 On Tuesday, the BMC had pasted a notice outside Kangana's office in Mumbai after BMC workers visited Manikarnika films- Kangana's production house office a day earlier. In the notice, the BMC has said if Kangana fails to produce permission documents, then without any further notice, the building will be removed or pulled down. The BMC also gave a list of 14 points citing that the construction is unauthorized.

Kangana had on Monday shared on Twitter that BMC officials have threatened to demolish her property in Mumbai amid the war-of-words between the Maharashtra Government and the Bollywood actor. The Manikarnika actor shared a video where allegedly BMC workers can be seen at Manikarnika films- Kangana's production house in Mumbai. She has also shared that her office has been "forcefully" taken over and that her neighbours in Mumbai are being harassed by them.

However, on Wednesday morning, BMC workers armed with jackhammers, demolition tools started tearing down a portion of Kangana's office with the help of a JCB machine. BMC officials and workers broke into the actor's office premises and started off the demolition proceedings inside as well. Kangana Ranaut took to Twitter to share pictures of the BMC workers demolishing her property, saying that she was never wrong and that her enemies had proved once again why 'her Mumbai' was made into 'PoK'.

#LIVE on #BharatForKangana | WATCH: BMC begins demolition of Kangana Ranaut's office, inside and outside, despite her lawyer's response to their demolition notice; Tune in to watch the shocking developments here - https://t.co/rGQJsiKgt2 pic.twitter.com/iRGSn2R2Lx