Boney Kapoor Wishes Daughter Janhvi Kapoor: 'You Have Grown Up To Be A Beautiful Person'

Boney Kapoor shared a sweet note for his daughter actor Janhvi Kapoor on the occasion of her 23rd birthday on Friday along with a throwback photograph.

Veteran producer-director Boney Kapoor posted the most affectionate wish for her daughter Janhvi Kapoor on her 23rd birthday on Friday. He took to his Twitter handle and poured out his love for his actor daughter by reminiscing the days when he would hold her in his arms and look into her eyes. Boney Kapoor also shared an adorable throwback picture where he can be seen with late Bollywood actor Sridevi as she held their daughter Janhvi and posed for the camera.

When I held you in my arms, looked into your eyes, they looked like ocean to me today you have grown up to be a beautiful person inside out a true reflection of your ever endearing mother
I am a proud father
Happy Birthday Beta
We all love you a lots & will forever#JanhviKapoor pic.twitter.com/ngIEtBUoEW

Read | Janhvi Kapoor beams with joy upon being wished on her birthday by the paparazzi; Watch

The heartfelt emotional note for the Dhadak actor won hearts as proud father Boney Kapoor fondly called Janhvi 'a true reflection of (her) ever endearing mother'. Janhvi Kapoor does have a lot of traits similar to her legendary mother Sridevi, who passed away in an unfortunate incident two years ago. For Janhvi's birthday on Friday, a lot of her family members took to social media to wish her and celebrate the day with her. 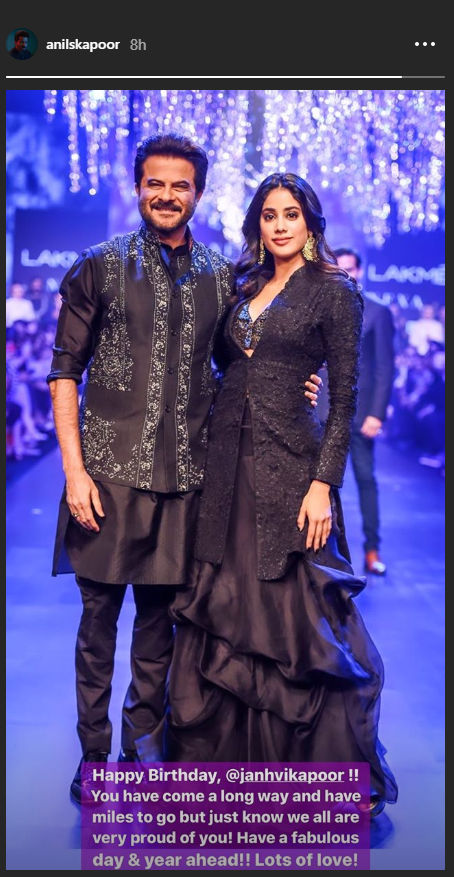 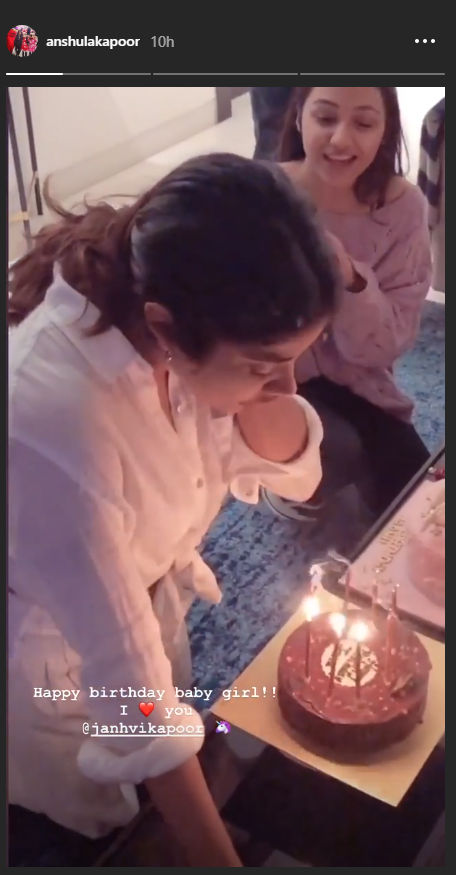 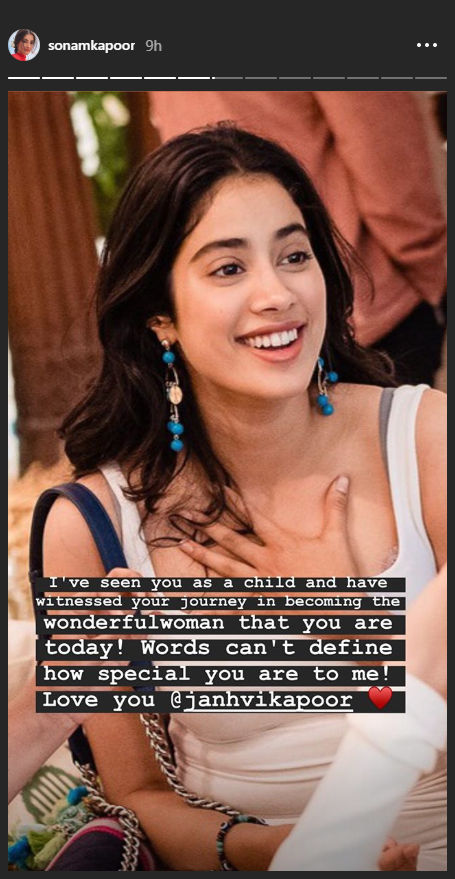 What's next for Janhvi Kapoor?

The Dhadak actor was last seen in Netflix horror anthology Ghost Stories in the segment directed by Gully Boy director Zoya Akhtar. The actor has three big releases lined up for this year. She will be seen next in the Sharan Sharma directorial Gunjan Saxena: The Kargil Girl where she will be portraying the titular role of IAF Pilot Gunjan Saxena, the first female and Indian woman airforce pilot in combat. The film also features actors Pankaj Tripathi and Angad Bedi and is scheduled to release on April 24, 2020.

Read | Janhvi Kapoor’s quirky reaction to her own birthday cake will leave you in splits; see pic

Janhvi will also be seen in the comedy horror film Roohi Afzana along with Stree actor Rajkummar Rao. The film is directed by Hardik Mehta under the banner of Maddock Films. The film will release on June 5, 2020. The actor is currently filming for Colin D'Cunha's upcoming film Dostana 2 along with Pati Patni Aur Woh actor Kartik Aaryan and newcomer Lakshya Lalwani

PEOPLE HAVE PLEDGED SO FAR
Alia Bhatt posts the 9PM9Minutes picture; fans suspect if Ranbir Kapoor is with her
Arjun Kapoor grooves in the kitchen with dog Maximus, calls himself 'the Fake Baker';Watch
Kirti Kulhari recalls how she rushed to be with her parents in Chandigarh amid COVID-19
Sonam Kapoor and Ashoke Pandit engage in a war of words on Twitter over 'Cracker-bursting'
Preity Zinta completes 'Bottle Squat Challenge'; nominates Salman, Katrina & others
DO NOT MISS
PM MODI ON BORIS JOHNSON
MUMBAI HOSPITAL: 30 STAFF POSITIVE
CONG OPPOSES MPLAD SUSPENSION
MAMATA BANERJEE: 'GLOBAL ADVISORY'
1,445 COVID CASES LINKED TO MARKAZ
MARKAZ: ASSAM GOVT TO FILE CASES