The talented and gorgeous Janhvi Kapoor is celebrating her 23rd birthday today. Bollywood celebs like Sonam Kapoor, Manish Malhotra, & others have wished her.

Janhvi Kapoor turned 23 year old today. Janhvi Kapoor made her debut with Shashank Khaitan’s 2018 movie Dhadak alongside Ishaan Khattar. On her birthday, Bollywood celebs have been pouring in wishes. Take a look at who all wished the beautiful actor here.

Janhvi Kapoor is celebrating her 23rd birthday today and started off by attending a private dinner at sister Anshula Kapoor's residence last night. Janhvi Kapoor's fans have been flooding the Internet with birthday wishes for the actor since today morning. But her fans are not the only people who have taken to their social media to wish her.

Read Also: Janhvi Kapoor Celebrates Her Birthday With Not Just One But Four Different Cakes

Janhvi Kapoor's cousin Sonam Kapoor also uploaded a couple of pictures of the actor as stories on her Instagram handle to wish her. Sonam Kapoor penned down a very touching message about how much she loves Janhvi. Take a look at the pictures and message posted by Sonam Kapoor here. 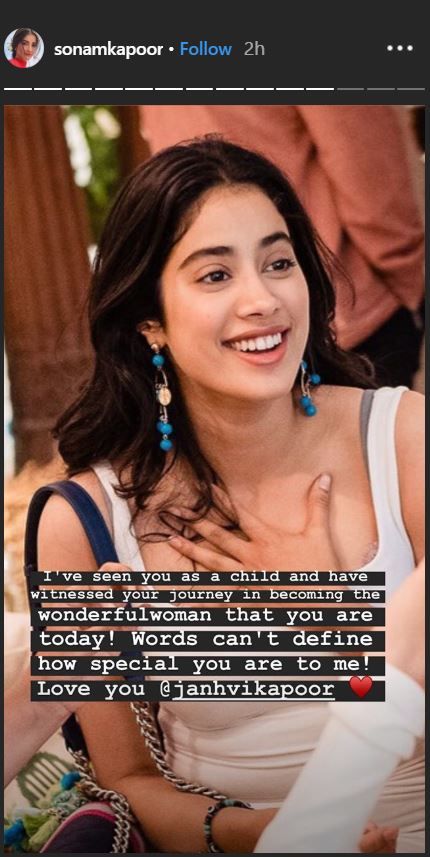 Read Also: Anushka Sharma In 'Ladies VS Ricky Bahl': Style Tips To Take From Her Character

Sonam Kapoor and Manish Malhotra are not the only celebrities who dropped a wish on her birthday. Celebrity stylist Tanya Ghavri also posted a BTS photo of the actor to wish her on her birthday. Take a look at the post here.