After impressing fans with his debut song Unbelievable, actor Tiger Shroff recently dropped another peppy track, Casanova, and left his fans in awe.

After impressing fans with his debut song Unbelievable, Bollywood actor Tiger Shroff recently dropped another peppy track, Casanova. With the groovy music and Tiger's charming looks, the song will surely leave the fans delighted. Apart from the dancing skills, Tiger sang the lyrics too. The track has been directed by Punit Malhotra, produced by Qyuki and Tiger.

The actor released the video on his YouTube channel which he created a couple of days back to fill the space with his creative calibre. From his energetic and distinct dance style and crystalline vocals, Tiger's diverse talents will continue to be a treat for his fans. Apart from showcasing the Bagghi’s actor’s phenomenal dance moves, the captivating video of the song also shows Tiger flaunting his chiselled body, electrifying moves that are sure to leave his fans hooked on to it. While sharing the song on Instagram, an elated Tiger wrote, “So excited to present our next single to you all! Hope you guys like it â¤ï¸ #Casanova is OUT NOW exclusively on my YouTube Channel!”

Several fans of the actor who were excitedly waiting for the song took to the comment section and praised the actor’s vocal skills. One of the users wrote, “East aur west tiger uh are always best... Superhero”. Another user wrote, “Mind-blowing,” while a third chimed in and wrote, “You are a big legend for me”. Another user commented under the post and wrote, “You are such an amazing person”. The actor had earlier received the teaser of the song which also received love and appreciation from his rumored girlfriend Disha Patani. 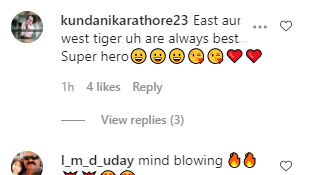 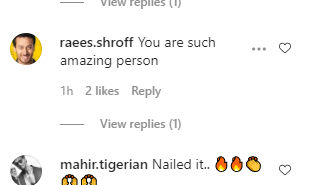 Meanwhile, on the work front, Tiger Shroff was last seen in the film Baaghi 3, in which he played the role of Ronnie. He was seen with actors Riteish Deshmukh, Shraddha Kapoor, and Ankita Lokhande in the lead roles. As mentioned in his Instagram story, during the QA round, Tiger Shroff is currently prepping for his role in his upcoming movie Heropanti 2, a sequel to his debut movie. He will also be seen in another action-drama film Ganpath.