Varun Dhawan recently shared the poster for Mr Lele online. Celebs like Shraddha Kapoor, Ishaan Katter and Arjun Kapoor posted their reaction to it on Instagram

Above is the poster for the upcoming film Mr Lele that was shared by Varun Dhawan on social media. The poster went viral online with fans loving Varun's bare-chested look.

It features Varun standing shirtless with his arms raised in the air. The actor also has a panicked expression on his face and a pistol can be seen hanging from the thumb of one of his raised hands. The poster not only conveys a comical situation but also reveals that the movie will put Varun's character in thrilling and action-packed situations.

It was not just fans that loved Varun Dhawan's new poster. Actor Shraddha Kapoor, who is also Varun's co-star in Street Dancer 3D, also took to social media to give her reaction to the poster. She shared Mr Lele's first look on her own Instagram story and captioned it by saying that it looked like Varun had stolen her dad's kaccha. The actor also told Varun that she loved the look of the poster. 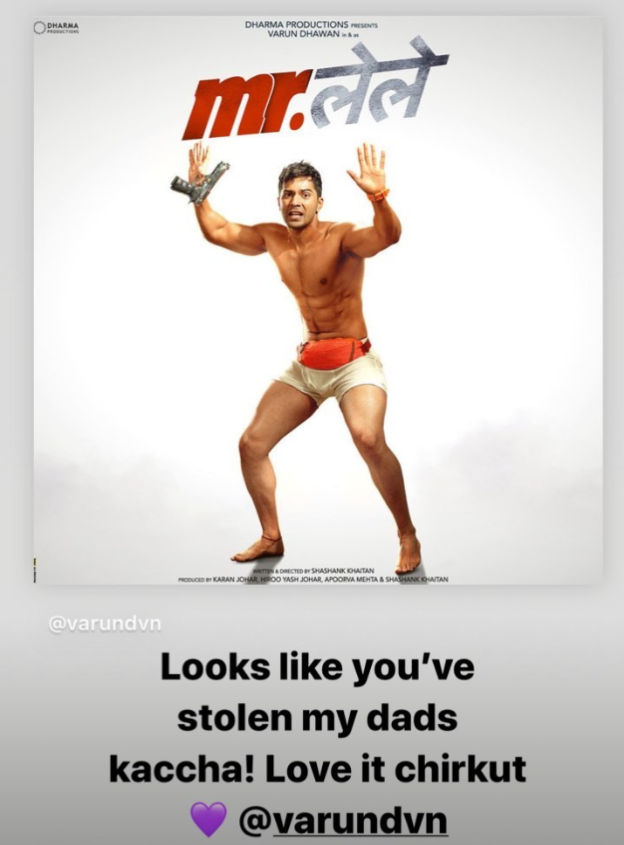 After Shraddha, actors Ishaan Khatter and Arjun Kapoor reposted the poster on their Instagram stories. Ishaan captioned his story by stating that the poster looked like fun and cheered Varun Dhawan on for his upcoming film. Meanwhile, Arjun also showed his enthusiasm for Varun's poster on his own story. 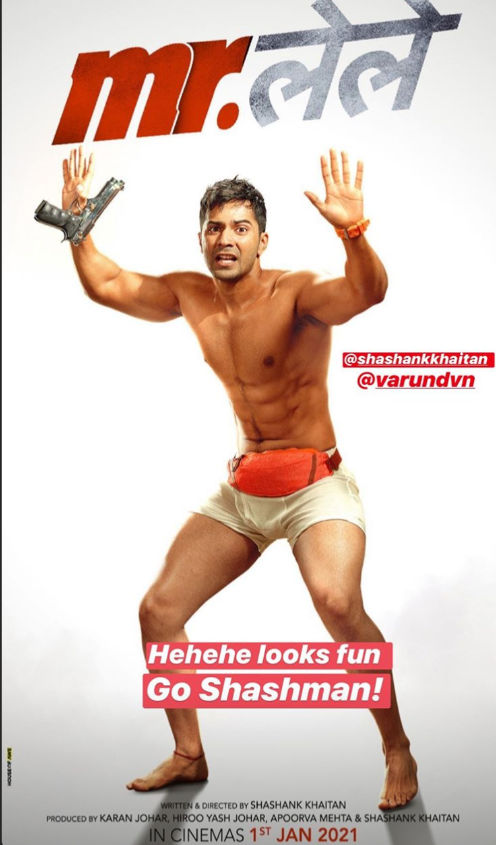 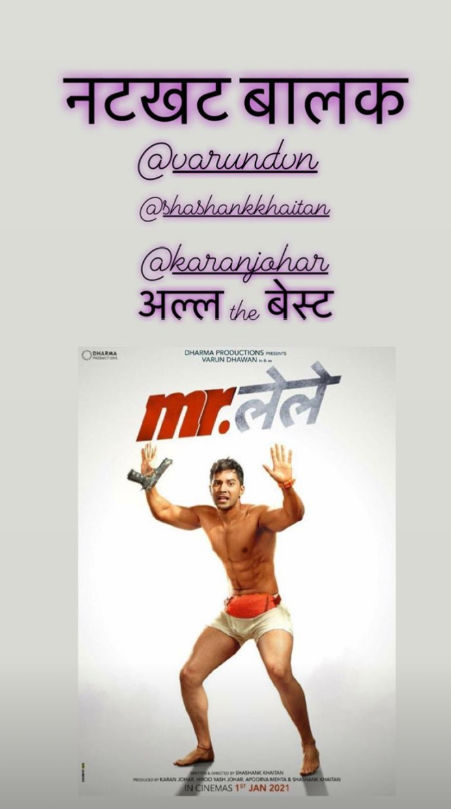 Varun Dhawan's Mr Lele is set to release on New Year's of 2021. The movie is directed by Shashank Khaitan and produced by Karan Johar's Dharma Production. He will next be seen on the big screen in the upcoming dance film, Street Dancer 3D, which is set to release on January 24, 2020.