Clueless On Movies Options In Lockdown? Deepika Padukone's Suggestions Are Worth A Watch

With some being clueless on what to watch in the lockdown, Deepika Padukone had two suggestions. The actor recommended Oscar-nominated Phantom Thread and Her.

India is gearing up for ‘Lockdown 3.0’ from Monday as the battle against COVID-19 continues to get tougher. With most citizens at home, a section is whiling away time by taking to streaming platforms, and watching films and shows. Celebrities and netizens have also been taking to social media to share reviews whenever they love or even dislike a venture.

That’s not all, a common post of late is netizens asking for recommendations on what to watch amid the numerous options in front of them. Deepika Padukone had some recommendations for this section of her fans and followers, that they can take up during the weekend. The actor took to her Instagram stories to share two movies that she felt people must ‘watch it now.’

The first movie she shared was Phantom Thread. The 2017 film had earned Oscar nominations galore, including for legendary actor Daniel Day-Lewis, his last film before his ‘retirement.’ The romantic drama revolved around the journey of a dressmaker and his muse, a young nurse.

READ: Ananya Panday Gets Candid About Working With Deepika Padukone; Says 'It Is Surreal'

The second recommendation from the Cocktail star was the 2013 film Her starring current Oscar Best Actor Award holder Joaquin Phoenix. This film too was heavily nominated and won the Oscar for Best Original Screenplay.  The science fiction romantic film traced the story of Phoenix’s character and the relationship he shared with the artificially intelligent virtual assistant, played by Scarlett Johansson.. 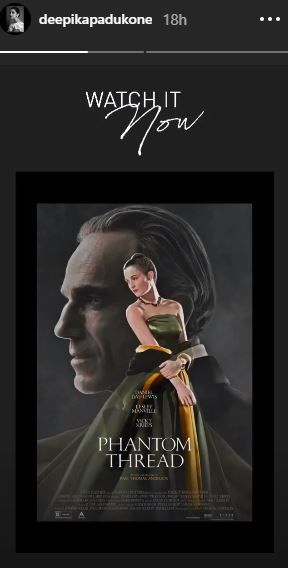 Deepika had raved over another multiple Oscar-nominated film Jojo Rabbit that had won the Best Adapted Screenplay at this year’s Oscars. 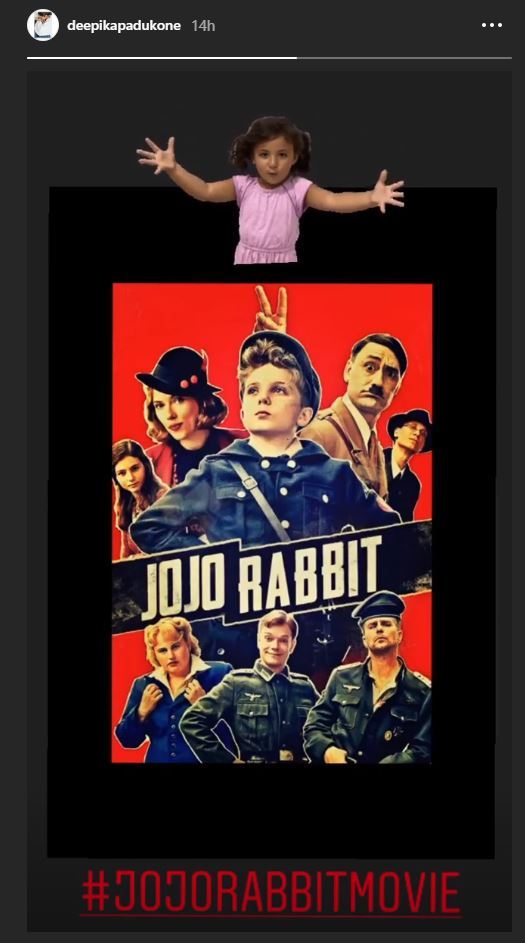 Meanwhile, Deepika Padukone has been entertaining her fans with the various episodes of the Season 1 of her ‘Productivty in the time of Corona’, that includes enjoying juices, making desserts, taking care of her skin and trolling husband Ranveer Singh.