Disha Patani Shares Her Excitement As 'Malang' Releases On Netflix

Disha Patani recently shared a piece of amazing news with her fans. And seems like after listening to it, fans are going to be happy. Read here.

Bollywood actor Disha Patani has been sharing some stunning posts on her social media handle. Recently, Disha Patani took to Instagram to share a piece of amazing news with her fans. Disha Patani went on share telling her fans that her film Malang is now streaming on Netflix. Along with sharing this exciting news, she also shared a BTS picture from the sets of Malang. She can be seen flaunting her toned body in a white and pink swimsuit as she all smiles for the camera. Check out the picture below. 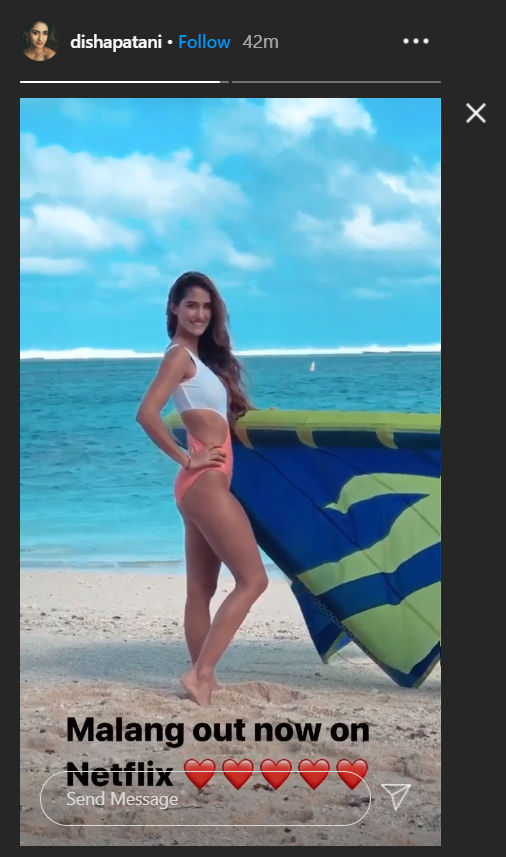 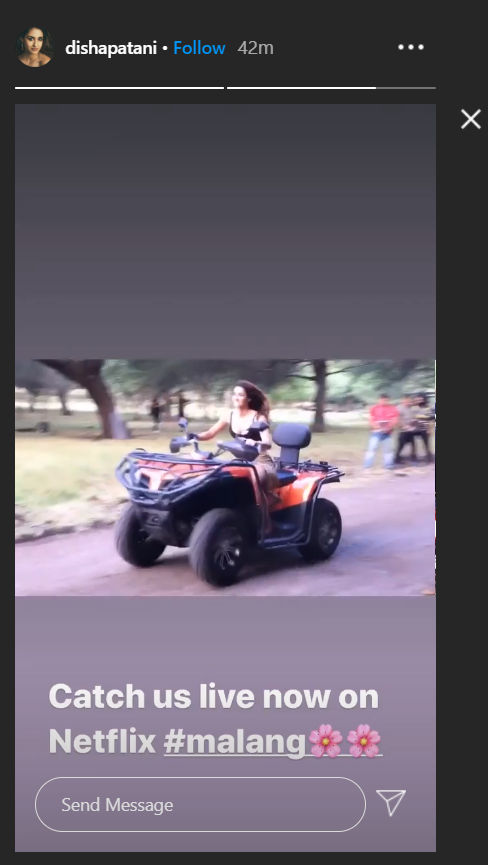 The plot revolves around a man, Advait, who is visiting Goa where he meets Sara, a free-spirited girl who lives a carefree life. The duo goes on to spend some lovely time until their lives turn upside down. Years later, Advait is on a killing spree with cops Aghase and Michael on their path. The film received praise from fans and views and also Aditya and Disha’s on-screen chemistry was lauded by movie buffs. Check out the trailer here.

The actor has some exciting projects in her kitty. She will next be seen in Prabhu Deva’s Radhe alongside Salman Khan. The film also stars Randeep Hooda and Jackie Shroff in lead roles. The film is based on an action, thriller genre. Post this, Disha Patani will also be seen in Ek Villain 2, KTina, and Sangamithra.