Indian actor Divyendu Sharmaa, who is known for his iconic role as Liquid in Pyar Ka Punchnama, as Tripathi in Batti Gul Meter Chalu, and the recent Amazon Prime Video series Mirzapur and Mirzapur 2, is back with a bang playing the lead in the Alt Balaji series called Bicchoo Ka Khel. Divyendu Sharmaa was last seen in the movie Shukranu that aired on Zee 5. Apart from Bicchoo Ka Khel, Divyendu will also be seen in the movie Brahmastra. Check out the trailer review of Bicchoo Ka Khel series trailer that will air on Alt Balaji platform from November 18.

In the three minute trailer of Bicchoo Ka Khel, Divyendu's character seems to have a major resemblance to his Munna Bhaiya character from the Mirzapur series. The Alt Balaji series shows Divyendu's character in a determined revenge planning where he claims that he will never be caught as the system will itself save him from getting arrested. He says one dialogue which depicts the complete theme of the series, he says “Bachenge nahi, system inhe khud bachayega.” In the trailer, viewers can also deduce that he is avenging his father's death, however, one has to see the complete series to find out if revenge is the only goal for him or will he find any other way out.

If seen closely the trailer also shows that Divyendu's character Akhil Shrivastav is a pulp-fiction fan. The story then starts as a flashback as the audience can see Divyendu narrating to the police about why he committed the crime in the first place. However, he is not fearful of the system or being arrested, as he is sure that he will be saved by the "system" itself. One has to watch this series to know how Divyendu will escape the system. The series is again set up in U.P., as was Divyendu's last release Mirzapur 2. Bicchoo Ka Khel cast includes Divyendu Sharma, Anshul Chauhan, Mukul Chadda, and Satyajit Sharma. The audience can expect a combination of crime, revenge and political elements in the whole series. The series will premiere on 14th November 2020, while the trailer was released today on October 28 at 12 pm. 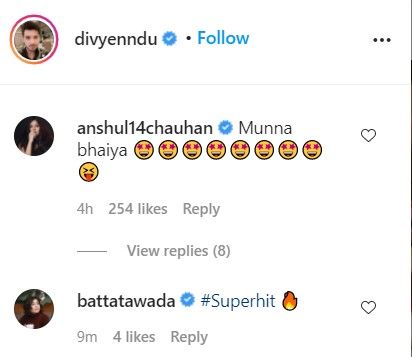 Divyendu Sharma was last seen in the role of Munna Bhaiya in Mirzapur 2, which released a few days ago on Amazon prime Video. Mirzapur 2 features actors like Pankaj Tripathi, Divyendu Sharma, Ali Fazal, Shweta Tripathi, Harshita Gaur, and Rasika Dugal in pivotal roles. The series is helmed by Gurmeet Singh and Mihir Desai.