Ekta Kapoor's film Shor in the City completed 9 years and therefore she shared a post and mentioned that the film was Tusshar Kapoor's best movie performance.

Ekta Kapoor was all praise for her brother in a recent post on Instagram. The filmmaker shared a snippet from the movie Shor in the City. Ekta also mentioned that the film had been one of the best performances by Tusshar Kapoor. The post reminded many fans of the classic film and hence they showered praise in the comments.

Ekta Kapoor and Balaji Motion Pictures celebrate as their film Shor in The City completed 9 years. The film was one of the most loved movies of 2011. Ekta Kapoor had produced the film and her brother Tusshar Kapoor played a pivotal character in the film. In the post shared by the producer, she mentioned that the film won more love than numbers. Hinting that the film was loved by many however it did not manage to sustain a good number at the box office.

Also Read | Tusshar Kapoor's Quarantine Is Quite Exhausting With Most Focus On His Child, Laksshya

In addition, Ekta Kapoor further wrote that she feels Tusshar Kapoor’s performance in the film was amazing. She called it his best performance after the Golmaal series. Shor in The City was a film about people from different walks of life who try to grapple with their life-changing choices. The entire film beautifully captured the essence of Ganesh Chaturthi as well. The film saw talented actors like Sendhil Ramamurthy, Preeti Desai, Nikhil Dwivedi, Radhika Apte, Sundeep Kishan, and others in pivotal roles along with Tusshar Kapoor. The songs of the film and the background score were something that stuck with people and some fans even mentioned in the comments section that they love the songs. 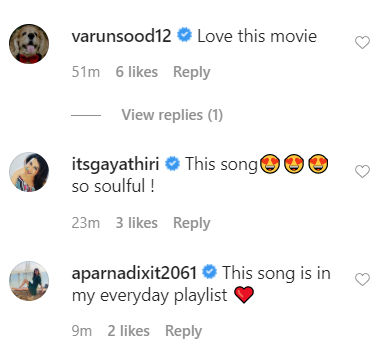 PEOPLE HAVE PLEDGED SO FAR
LATEST NEWS
View all
9 hours ago
From a salute to Sonu to 'Boycott China'; Here's Entertainment news recap of the day
8 hours ago
Sonu Sood meets Maharashtra Governor; briefs about his efforts to help migrant workers
5 hours ago
A little girl asks Sonu Sood, 'Papa is asking, will you send Mumma to Nani house?'
6 hours ago
'From Sara ka Sara to Sara ka aadha': 'Kedarnath' actor shows transformation in a video
10 hours ago
Sutapa Sikdar puts up heartfelt note mourning one month of Irrfan Khan's sad demise