Bollywood actor Emraan Hashmi recently took to Instagram to share a selfie. In the picture, the actor was seen having a chill time. Read ahead to know more.

Bollywood actor Emraan Hashmi recently took to Instagram to share a selfie. In the picture, the actor was seen having a chill time. He enjoys a massive fan following on social media and fans can’t stop drooling over his picture as he flaunts his smart look. Have a look at the picture below.

In the picture, Emraan can be seen in a black and white selfie. He can be seen wearing a round neck t-shirt and paired his look with a zipper hoodie on top. He was seen in moustache and a light beard. He captioned his post saying that he was chilling in the hood. Fans dropped various likes and comments to his post in no time. 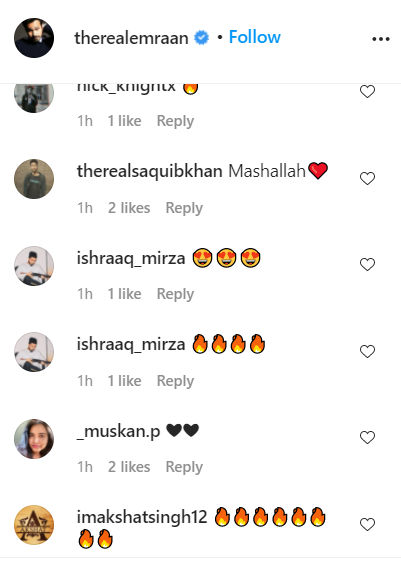 Earlier to this, Emraan shared a throwback picture. He shared the picture from the last year while he was on the streets of Slovakia. He was seen wearing a black winter jacket and covered his hair with a winter hat. He added a pair of glairs to his look. He captioned his post saying that he wanted to be taken back to a curfew free and mask free world like it was in the last year.

On Christmas, Emraan shared a picture in which he can be seen decorating the Christmas tree at his home. He was seen wearing a printed white t-shirt and torn ochre pants. He wore formal brown shoes and accessorized his look with a Christmas cap and a silver watch. He captioned his post saying that Santa had got stuck due to COVID restrictions and so he was the one who had to stand in.

Emraan Hashmi is known for portraying bold and strong roles in films. Later, Emraan Hashmi's career established as a lead actor with roles in successful films such as Murder, Aashiq Banaya Aapne, Kalyug, Gangster, Dil Toh Baccha Hai Ji, Hamari Adhuri Kahani, Baadshaho and more. He has acted in a variety of movies like horror, biographical, thriller, drama and more. He has also appeared in web series named Bard of Blood that streams on Netflix. He will soon be seen in upcoming films such as Sab First Class Hai, Mumbai Saga and others.