Radhika Madan recently shared a new song from the film 'Angrezi Medium' — 'Nachan Nu Jee Karda'. Read on to know how the fan reacted to the song.

Irrfan Khan starrer Angrezi Medium is an upcoming Hindi drama-comedy film which is set to hit theatres on March 20, 2020. The movie is directed by Homi Adajania and is produced by Dinesh Vijan. The movie stars Radhika Madan and Kareena Kapoor along with Irrfan Khan in the lead. The filmmakers recently dropped the latest song, Nachan Nu Jee Karda from the movie and it has been receiving an overwhelming response from the audience. Read on to know how the fans reacted to the song. 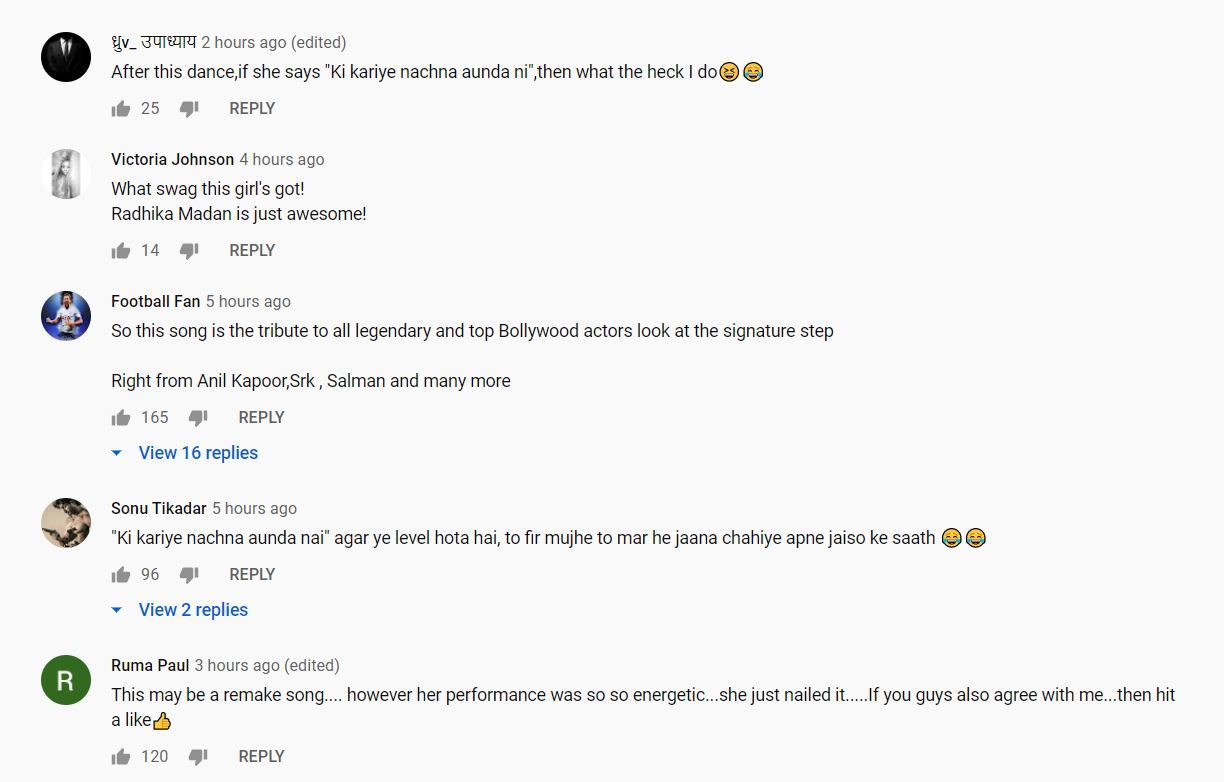 Just watched Nachan nu Jee karda song from #AngreziMedium nd aftr watching this one thing is for sure that this girl #radhikamadan is going to rule the bollywood.

I remember when she was in jhalak and the judges complained about how her expressions weren't good . Look at her now ! 🥺😍#AngreziMedium #RadhikaMadan https://t.co/qq5ph4qbTk

Amazing expressions, perfect steps and killer moves by this talented girl!!🔥🔥❤@radhikamadan01 you are just awesome🙌❤....keep going!! All the best for #AngreziMediumhttps://t.co/ol19oeAzEH