Farhan Akhtar recently shared a throwback video featuring his daughter Akira. The actor’s girlfriend, Shibani Dandekar, had a hilarious reply for the same.

Actor Farhan Akhtar is currently basking in the success that his last co-produced movie Gully Boy enjoyed at a popular awards show. The film was directed by his sister, Zoya Akhtar who was awarded the Best Director Award. The lead actors, Ranveer Singh and Alia Bhatt also received awards for their performances. In addition to these, the film won several other awards as well. Recently, Shibani Dandekar, Farhan Akhtar's girlfriend, came up with a hilarious response to his throwback video:

Farhan Akhtar is known to share an amazing bond with his daughters, Shakya Akhtar and Akira Akhtar. The actor recently took to social media to share a hilarious throwback video of him and his daughter. In the video, the father-daughter duo is seen enacting a few funny lines.

Farhan Akhtar even captioned the picture as, “Fun times”. The video received a hilarious response from all of his fans but there was one reply that stood out from the rest. It was from Farhan Akhtar’s girlfriend, Shibani Dandekar. She commented, “Epic” below the video paired with a heart emoji. 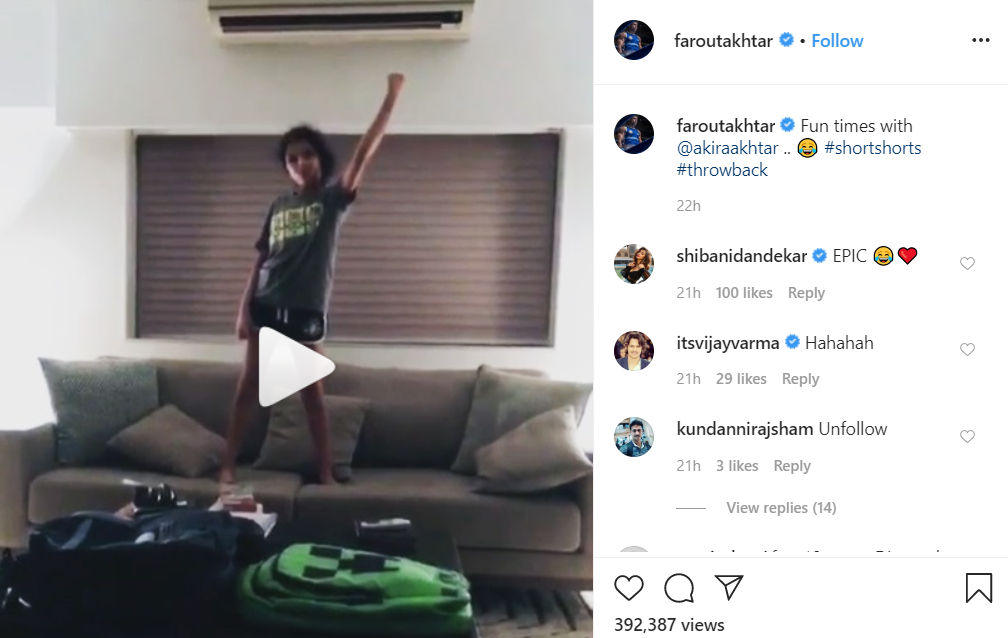 Meanwhile, Farhan Akhtar’s relationship with Shibani Dandekar has been grabbing a lot of attention. There have been several rumours that the couple is all set to tie the knot this year. However, there has been no official confirmation on the same.

According to reports, the couple plan to get married by the end of 2020. However, they might also surprise fans by tying the knot a bit earlier. Reportedly, the initial plan was to get married after the release of Farhan Akhtar’s Toofan. However, now reports suggest that they intend to tie the knot earlier than that. Even though the final date is not confirmed yet, the couple has reportedly started prepping for the big day already.

ALSO READ | Farhan Akhtar And Shibani Dandekar's Combined Net Worth To Make For A Fairytale Wedding?