Amidst the Coronavirus outbreak, Bollywood actors have been encouraging their fans to stay at home. During this time, social media has played an important role as the actors are able to reach out to their fans. Bollywood actors have taken it upon themselves to keep their fans entertained. One of them is Phata Poster Nikhla Hero actor Ileana D'Cruz. The actor recently shared pictures and videos on her social media account where she was exploring the face filters.

Also Read: Fan Asks, 'How To Deal With My Fiance During Periods?'; Ileana D'Cruz' Reply Is Incredible

On May 14, Ileana D'Cruz took to her Instagram story to share videos of herself working out while experimenting with hilarious Instagram filters. In the pictures, Ileana D'Cruz is showing off her perfect abs in her white sports bra and a black track pant with her hair tied back. In one of the videos, Ileana D'Cruz wrote: "Creepy cat checking in to see if you've worked out today". In the other video, Ileana D'Cruz mentioned that she loved the filter.

Here is a look at Ileana D'Cruz's Instagram photos 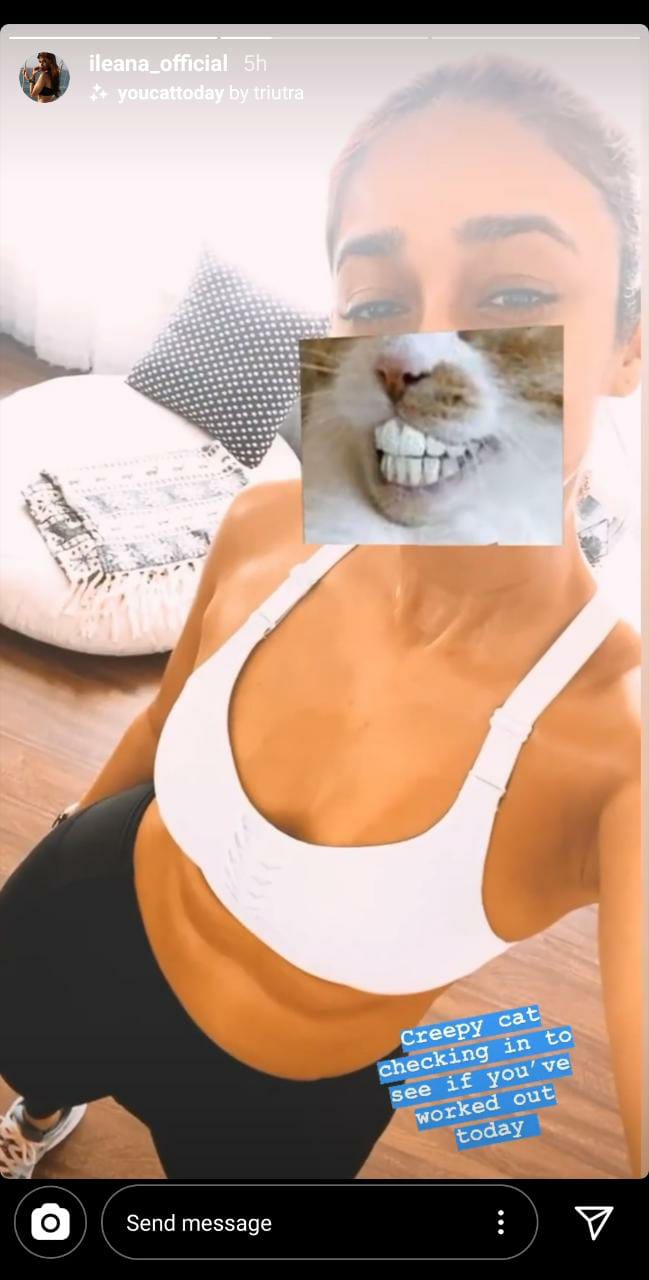 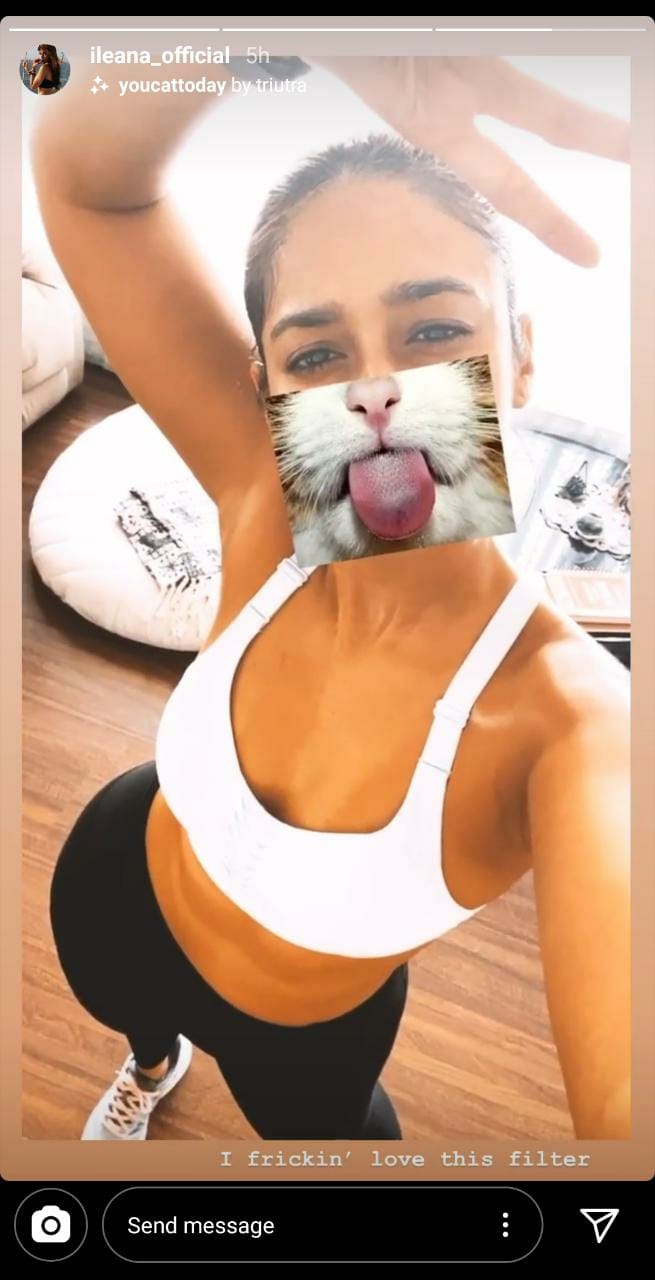 Ileana D'Cruz was last seen in the film Pagalpanti. The film was directed by Anees Bazmee. Pagalpanti had an ensemble cast that includes Anil Kapoor, John Abraham, Ileana D'Cruz, Arshad Warsi, Urvashi Rautela, Pulkit Samrat, Kriti Kharbanda in the pivotal roles. Pagalpanti released on November 22 in the year 2019. Ileana D'Cruz will be next seen in the film The Big Bull. The film is a biographical financial crime film which is directed by Kookie Gulati. The Big Bull will be produced by Ajay Devgn, Anand Pandit and Kumar Mangat Pathak. The film also features Abhishek Bachchan in the lead role. The film is scheduled to hit the screens in October of 2020.

PEOPLE HAVE PLEDGED SO FAR
LATEST NEWS
View all
2 hours ago
Bhumi Pednekar's songs that have crossed 50 million mark on YouTube
1 hour ago
Irrfan Khan's wife Sutapa Sikdar shares a heartfelt post, says she hears him in the rains
3 hours ago
'Suicide Squad' director reveals Jared Leto was 'mistreated & performance was ripped out'
1 hour ago
Actor Chahatt Khanna decides to go hungry to help those starving and struggling
1 hour ago
'You are the wind beneath my wings', Tina Ambani wishes husband Anil Ambani on 61st b'day