Ileana D'Cruz Goes On A Virtual Date With Her Girl Gang Amid COVID-19 Lockdown; See Pics

Ileana D'cruz recently took to her Instagram story to share multiple posts flaunting her virtual date with her girl gang amid the COVID-19 lockdown; see pics

Due to the nationwide lockdown imposed by the government to help prevent the rapid spread of the deadly Coronavirus, the entire world has come to a standstill. Today, Prime Minister Narendra Modi extended the lockdown till May 3, 2020, so everyone has to spend almost 20 days more in self-isolation. However, amidst this, a lot of folks including Bollywood celebrities are restoring to virtually spending we-time with their beloved ones to kill their quarantine time, and the Barfi actor Ileana D'Cruz recently joined the bandwagon too.

Ileana D'Cruz recently took to her Instagram handle to share a couple of pictures on her story flaunting her virtual date with her girl gang. D'Cruz first posted a picture of her date setup, comprising tea-light candles, Ruskin Bond's novel 'Comfort', and a glass of red wine. The Main Tera Hero actor captioned the image writing, "now ready for date night with my girls". In the second story which she posted, D'Cruz shared a similar photograph with the caption, “Note to self: buy wine glasses after I come out of lockdown."

Furthermore, the Rustom actor also shared a screenshot from her virtual date night with her girlfriends over a video call as they posed with a glass of beverage in their hands. D'Cruz captioned the screenshot writing, "Girls' night in". Check out the pictures below: 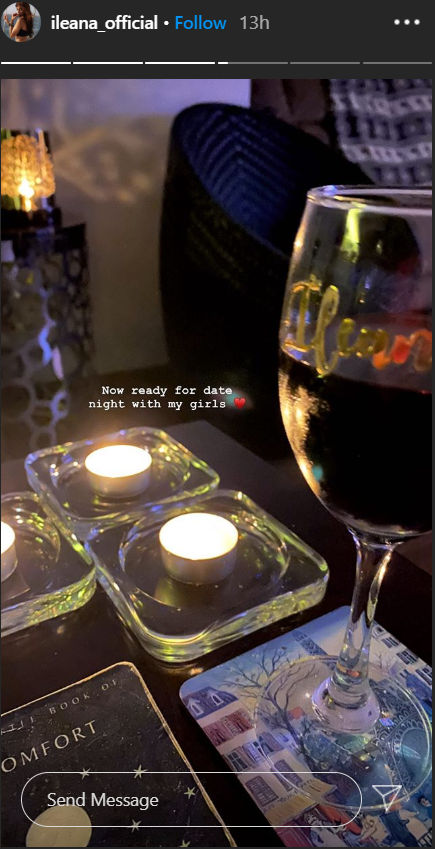 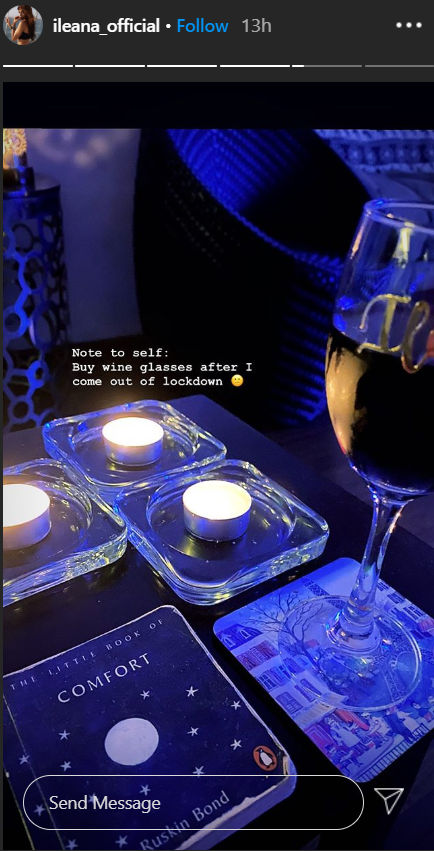 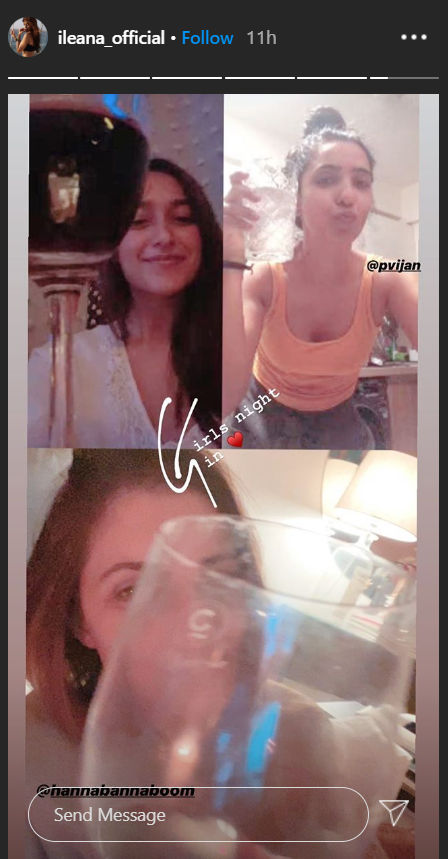 On the career front, Ileana D'Cruz was last seen sharing the screen with an ensemble cast including John Abraham, Anil Kapoor, Arshad Warsi, Pulkit Samrat, Urvashi Rautela, and Kriti Kharbanda in the Anees Bazmee directorial Pagalpanti which released last year. The film was not received well by either the film critics or the audience, and therefore tanked at the box office. However, D'Cruz will next be seen alongside Abhishek Bachchan in their upcoming film titled The Big Bull. The film is expected to release in September 2020.