International Emmy Award nominee Arjun Mathur geared up for the ceremony, that is to be held on November 23. He kept his fans guessing with a post on Instagram

Indian web series have been keeping audiences hooked and entertained since the bloom of digital streaming websites. Not just entertaining Indians, the shows are gaining recognition worldwide, with many being nominated at the International Emmy Awards this year. One of the nominees is Arjun Mathur, who is excited for the ceremony to be held on November 23.

READ: Arjun Mathur Talks About His Emmy Nomination, Says He Thought It Was Joke Or A Lie

Arjun Mathur is nominated for the Best Actor award for the web series Made in Heaven. Three days ahead of the event, the actor was busy trying to figure out the right outfit for the occasion.

He played the guessing game with his fans, asking which designer they felt he would choose for the big night. Arjun also gave a hint, that the designer had become his favourite since wearing the designers’s outfits in the show Made in Heaven. 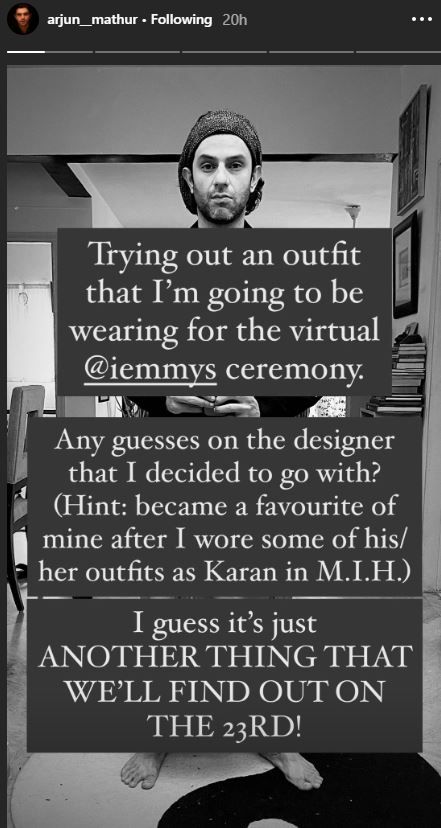 The actor had earlier expressed his delight for the normination, and being sent an acknowledgement by the organisers.

"Amidst the frenzy, the endless answering of repetitive questions and responding to the showers of love and support that have comprised the last month-and-a-half, I’ll admit that I’ve been on a bit of auto-pilot and didn’t have too many opportunities to stop, think or feel too much...," he wrote.

He added, "I’ve never framed a film-poster of mine or cared too much to display any awards so far with too much pride. But that’s just about to change too. Thank you for this moment in my life." 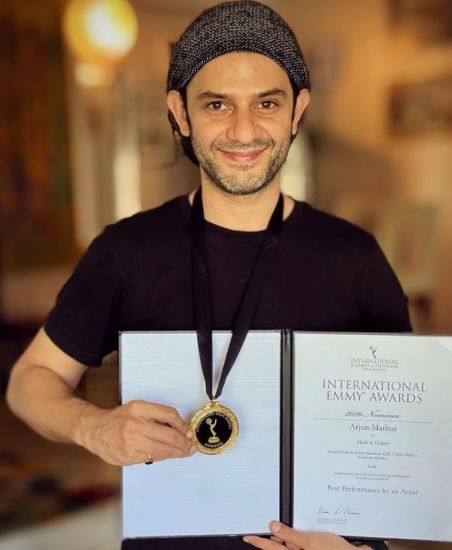 Arjun had played the role of Karan Mehra, a wedding planner based in Delhi in Made in Heaven. The series created by Reema Kagti and Zoya Akhtar, had released on Amazon Prime on March 8, 2019 and won rave reviews. The show also starred Sobhita Dhulipala, Kalki Koechlin, Jim Sarbh, among others.

Apart from Made in Heaven, Arjun Mathur is known for his work in films like My Name in Khan, I Am, Barah Anna, The Accidental Prime Minister, among others.

Apart from Arjun Mathur, the other Indian representation at the International Emmy Awards is Amazon Prime’s Four More Shots Please, that has been nominated in the Comedy category. Netflix’s Delhi Crime has been nomianted in the drama category.

Even in the previous edition, numerous Indian ventures and artists had been nominated. Radhika Apte, Lust Stories, The Remix, Sacred Games were in contention, but India  returned without any trophy from the event.