Ishaan Khatter Remembers All The Good Time He Had During New Year's At Maldives; Watch

Ishaan Khatter and Ananya Panday have recently returned from their Maldives trip. Both celebrated New Year together in the Maldives.

Ishaan Khatter and Ananya Panday have recently returned from their Maldives trip. Both celebrated New Year together in the Maldives. Recently, the Dhadak actor has shared a New Year post on his social media handle. He shared a video clip of his ‘first proper holiday.’

Also read: Ishaan Khatter Shares A Glimpse Of His Vacation In The Maldives With A Sun Kissed Photo

In the post, Ishaan shared a montage of his Maldives trip. In the clip, he was seen doing various activities such as water sports, eating, exercising and a lot more. The song played in his video was Icy Violence by Sad Night Dynamite. In his caption, he wrote ‘New year, new energy.’ He also said that the montage was from his ‘first proper holiday.’ He also said that is was shot, graded and edited on iPhone 12pro by him and a little help from Ananya Panday. His video crossed numerous views in no time. 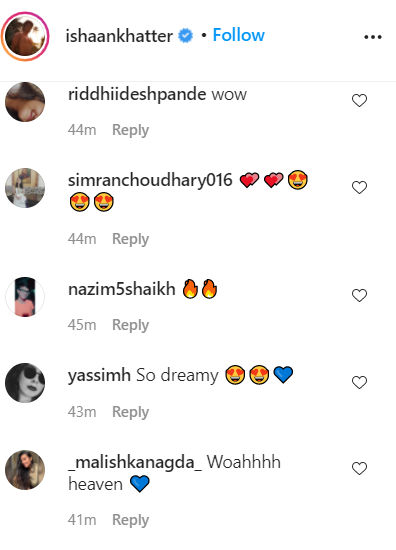 Ishaan also shared many other pictures from his Maldives vacation. In the other post, he was seen chilling on the boat in casual clothes. He wore an orange t-shirt and black shorts. He paired his look with glairs and was gazing at the beauty of the sea.

He also shared the last post of 2020 from his Maldives vacation. He was seen enjoying in the water and captioned his post saying that waters were choppy this year, but the sun still rose every morning. He added a New Year wish to his post and bid a final goodbye to 2020 with the last sunset.

Ananya and Ishaan were seen together in the Bollywood film named Khaali Peeli. The film was directed by Maqbool Khan and arrived on Zee Plex. Ananya’s upcoming film will be Shakun Batra’s untitled along with Deepika Padukone and Siddhant Chaturvedi. She will also be seen in Fighter with Telugu star Vijay Deverakonda.

Ishaan Khatter made his first screen appearance as a child in the film Vaah! Life Ho Toh Aisi! in 2005. His first lead role was in Majid Majidi's drama Beyond the Clouds. His first commercial success came with the film Dhadak and was recently seen in the BBC drama A Suitable Boy. He will soon be seen in Phone Booth along with Siddhant Chaturvedi and Katrina Kaif.