Janhvi Kapoor recently took to her Instagram stories to shares a meme. In this meme, we can see her trolling herself by using her own pictures. Take a look.

It has been more than a one year since Janhvi Kapoor was seen on the big screen with her debut film, Dhadak. After this, she was recently seen in the Netflix short film series titled Ghost Stories.

Now, she is going to be seen in four new movies. The movies she will be seen in are Roohi Afza, Dostana 2, Gunjan Saxena, and Takht. Other than this, she is an active social media user. She has a large fans base too.

She is often seen sharing new pictures and is also seen commenting on co-stars' pictures. Recently she did the same where she shared 2 pictures on her Instagram story. Here is what she shared.

Janhvi Kapoor shares a meme made from her own pictures 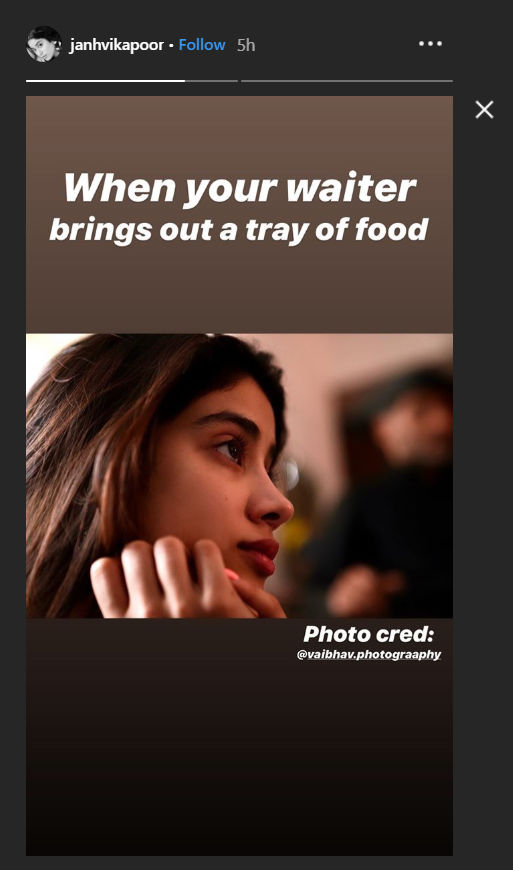 In this image, we can see Janhvi resting her head on her hand. While she captioned the picture by writing "When your waiter brings out a tray of food." This picture was clicked by a photographer named Vaibhav Chaturvedi. This image was the first of two images uploaded by Janhvi Kapoor. 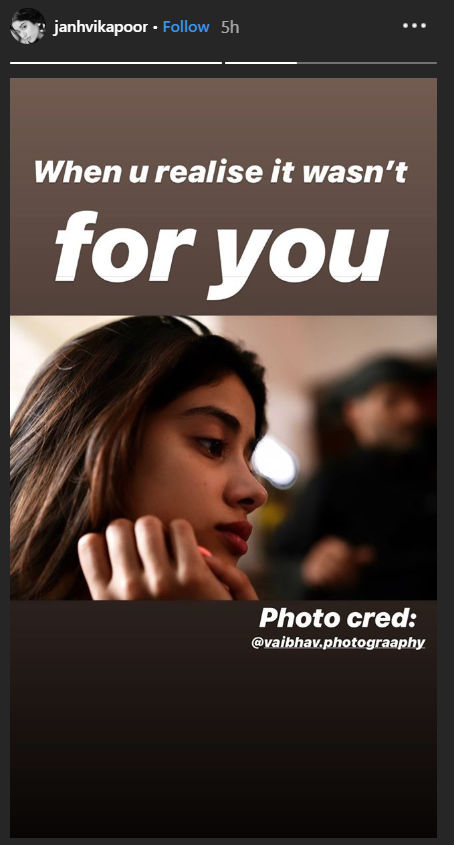 In the second image, we can see Janhvi in a similar pose but is looking sadder than the first picture. She captioned the picture by writing "When u realize it wasn't for you". Janhvi has does this kind of earlier too. But her latest post has got quite a lot of laughs.

Janhvi Kapoor is currently shooting for her upcoming film Dostana 2. In the film, she will be seen alongside Kartik Aaryan and debutant Lakshya. The movie is much anticipated by fans.

PEOPLE HAVE PLEDGED SO FAR
LATEST NEWS
View all
1 hour ago
'Like 2 bald men fighting over comb': Pooja Bhatt on fight between producers-exhibitors
20 mins ago
Did you know Wily Frenzy aka Yash Nagar is CarryMinati's elder brother?
31 mins ago
Alia Bhatt is all smiles with her granny in these throwback pics; Check out
30 mins ago
Abhay Deol's astounding net worth will make you wonder 'What are the Odds?'
34 mins ago
​​​​​Bina Kak pens a heartfelt note for Wajid Khan after he passes away; Read here