Janhvi Kapoor is one of the most loved celebrities in Bollywood. The actor recently went on a pilgrim to Tirupati, Andhra Pradesh where she was lauded by fans

After starring in a Netflix series, Ghost Stories, actor Janhvi Kapoor is off on a religious tour to seek blessings from the Almighty in Tirupati, Andhra Pradesh. Janhvi Kapoor shared some glimpses on her Instagram handle from her trip to the temple town. While Janhvi’s captions don't reveal much, the comments on her pictures suggest that she trekked all the way to the top of the Tirumala town in eastern ghats to make it to the shrine.

Janhvi shared a photo in which she can be seen sitting on a platform next to the staircase and flashing a happy smile. The Dhadak actor sported a simple white salwar kameez paired with a yellow dupatta for the temple visit. Interestingly, her Instagram post only contained rainbow and sunshine emoticons. Check out her pic here.

Fans were very happy to see Janvhi go on this pilgrim visit as they went on to shower her with compliments. Some of her fans lauded her for walking all the way up to the shrine. Check out a few comments from fans on the post. 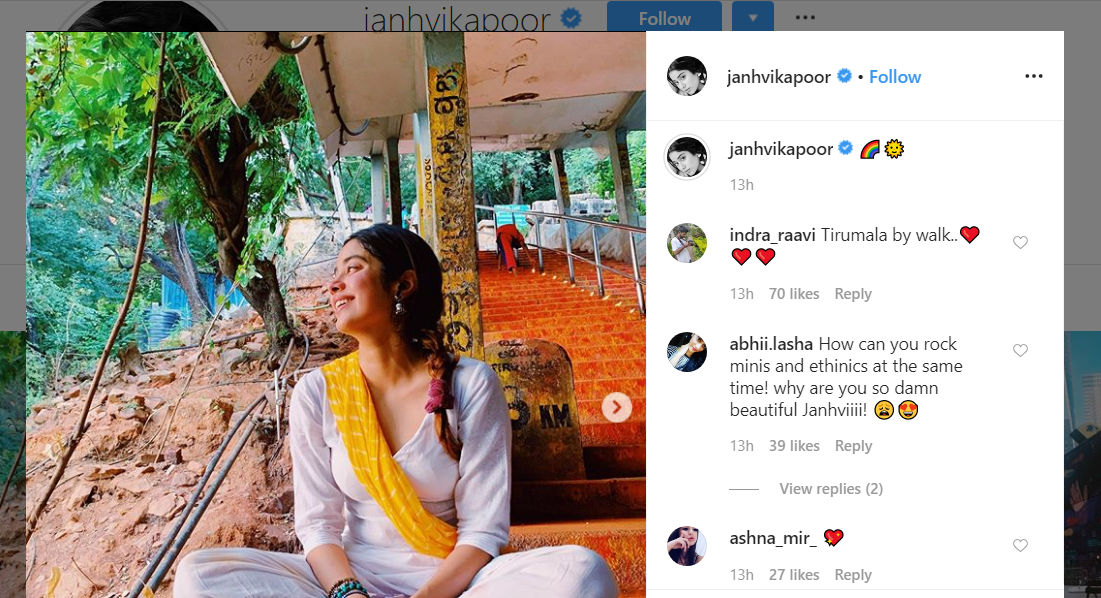 Apart from the post, Janhvi Kapoor also shared some Instagram stories from here trip. While in one of her stories, she shared a pic with her friend where they're seen relaxing on the couch, the other Instagram story had her show a glimpse of the entrance of the temple. The actor also shared beautiful scenery which was probably her view from the temple. Check out the stories here. 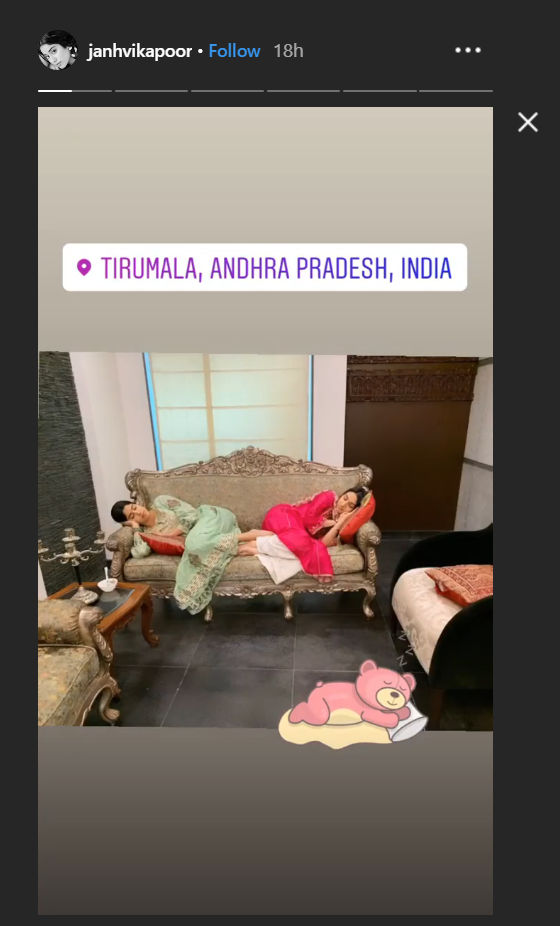 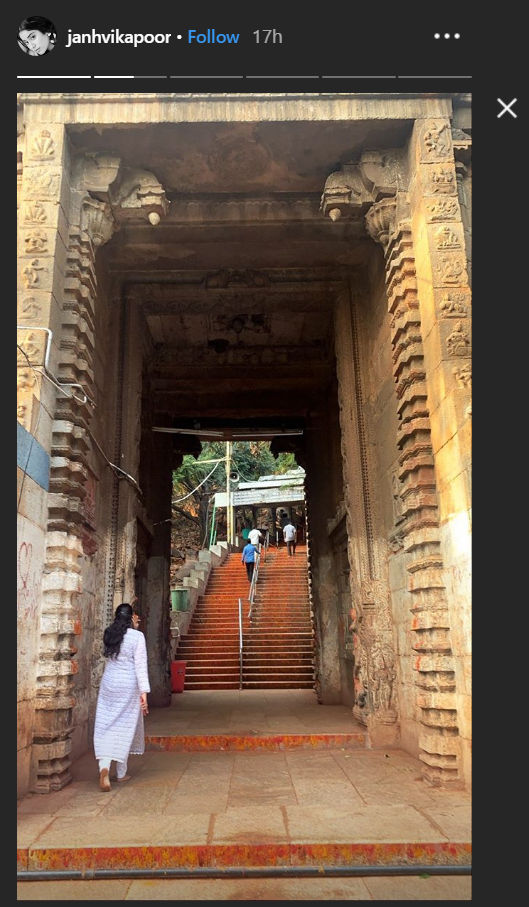 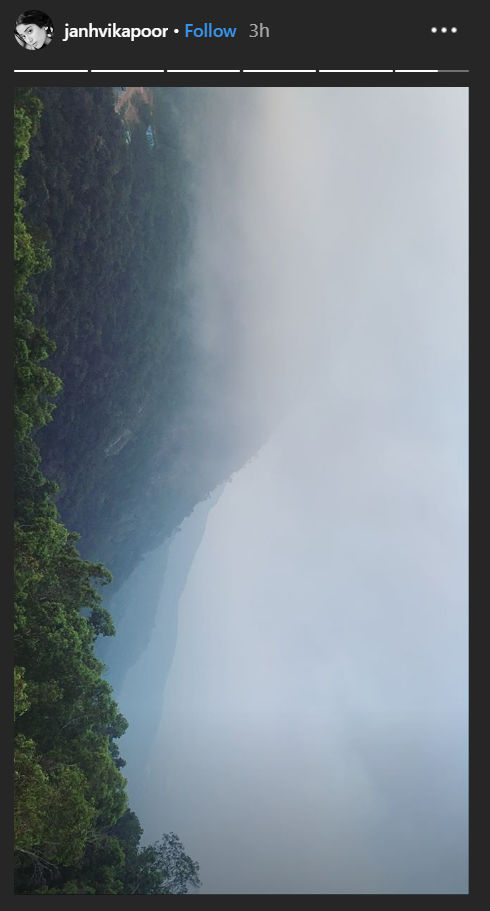