John Abraham is one of the finest actors and producers in the Bollywood industry today. Here’s a comparison in the acting career of the actor. Read ahead-

John Abraham is one of the finest actors and producers in the Bollywood industry today. Having completed almost two decades in the industry, John has successfully created his own unique place in the hearts of the audience and has a huge fan-base. Here’s a comparison between John Abraham’s first big break and the latest movie. Read ahead to know more-

Also Read | John Abraham Has Had An Interesting Career Graph In Bollywood So Far; Have A Look 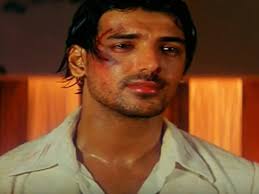 A year later, John finally got his big break in 2004, as he played the main antagonist, Kabir, in Yash Raj Film’s action film, Dhoom. Dhoom was a multi-starrer having Abhishek Bachchan, Esha Deol, Uday Chopra and Rimi Sen in lead roles. The film was the third highest-grossing film of the year, and also got John Abraham a Filmfare Award for Best Performance in a Negative Role nomination. Despite having several actors in the film, John stood out, as his acting skills were much appreciated by the audience. 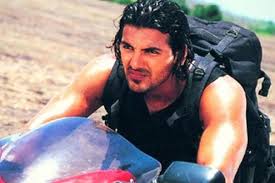 John Abraham was last seen on the big-screen in Anees Bazmee’s action-comedy, Pagalpanti (2019). The movie was a multi-starrer, having John Abraham, Anil Kapoor, Arshad Warsi, Pulkit Samrat, Ileana D’Cruz, Kriti Kharbanda, and Urvashi Rautela as the lead cast. The plot of the film revolves around the story of three men, who are considered as losers in their lives by the people, plan to get rich along with their girlfriends by fooling two gangsters and robbing their money. The movie did average at the box-office, and John didn’t receive outstanding reviews for his part either.

PEOPLE HAVE PLEDGED SO FAR
Being a true Mumbaikar, Vicky Kaushal revealed he enjoy's this dance form the most
When Ranveer Singh realised that Deepika Padukone was 'the girl' for him
Sonam Kapoor starrer "Raanjhanaa's" most soulful tracks that are a must-listen
When Ranveer Singh talked about his sartorial choices being influenced by Deepika Padukone
Aishwarya Rai Bachchan & other Bollywood divas who stunned in their wedding looks
DO NOT MISS
ICMR ON AIRBORNE TRANSMISSION
BMC APPOINTS 'CONTAINMENT OFFICER'
SUDARHAN PATNAIK ON PM'S APPEAL
ROHIT URGES INDIA TO UNITE
HIMACHAL DGP WARNS MARKAZ ATTENDEES
CRPF'S SPECIAL COVID-19 SONG