Kajal Aggarwal is praised for her performance as Chitra Bhardwaj in the action flick, 'Businessman'. Here are some of her best scenes from the movie.

Kajal Aggarwal is widely popular for her work in Tollywood. Aggarwal has made a mark in several South films. In Telugu, the actor has managed to carve a niche for herself as she has played prominent roles in movies including Magadheera, Naayak, Mr Perfect, Kavacham, and more.

Kajal Aggarwal, who is the first South Indian female star to ger her wax statue at Madame Tussauds, stunned everyone when she featured alongside Mahesh Babu in Businessman. The film became widely popular among fans. With all that said now, here are some of Kajal Aggarwal's best moments from Businessman:

Surya (played by Mahesh Babu) initially traps Chitra (Kajal Aggarwal), who is the daughter of Mumbai Police Commissioner, and pretends to fall for her. Surya meets Chitra and randomly starts yelling at her for stalking him. He starts telling her how she has been sending messages and the love she has for him. Chitra's reaction thinking that he is speaking to a wrong person is one of the best moments of the film.

Chitra is seen displaying her art at an exhibition event. Chitra talks about her painting and Surya falls for her and the way she describes her painting and he further decides to buy the painting for a huge amount of money. Since Chitra does not own a swiping card machine, Surya asks her friend Ayesha (Ayesha Shiva) to collect the money. Kajal's way of describing the painting that catches the attention of Mahesh is one of her best moments.

Initially, Surya misunderstands Chitra and yells at her but later feels sorry and comes to her to apologize. He arrives and before he could apologise Chitra starts yelling at him. Kajal Aggarwal's acting was the highlight of the scene. 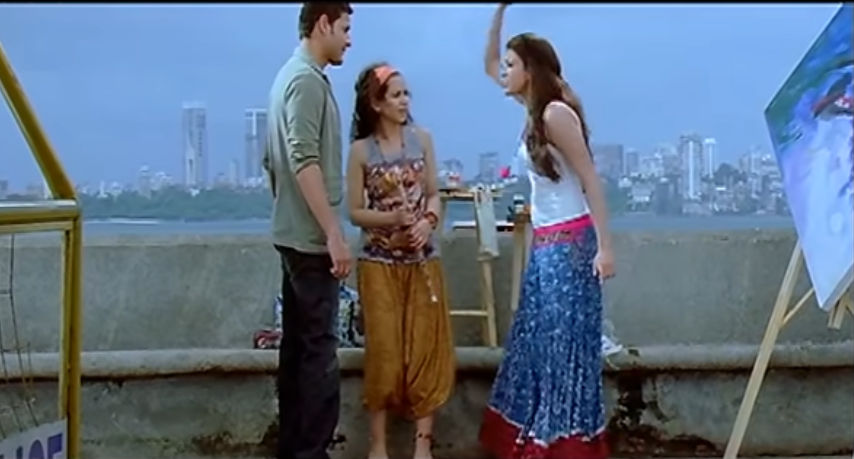 SOURCE: KAJAL AGGARWAL AND MAHESH BABU AS SEEN IN STILL FROM BUSINESSMAN

PEOPLE HAVE PLEDGED SO FAR
LATEST NEWS
View all
42 mins ago
'Proud of all 3 of you': Anil Kapoor celebrates 2 years of 'Bhavesh Joshi' & 'Veere Di...'
2 hours ago
'Man isn't a season, yet he changes': Anupam Kher ponders over the nature of change; Watch
1 hour ago
Huma Qureshi feels 'tops of the pops' with 108 Suryanamaskars, shares way to make money
1 hour ago
Unseen pic of the day: Sara Ali Khan is busy with her phone as Imtiaz Ali looks on
2 hours ago
Raveena Tandon compares her latest pic alongside Sonali Bendre with poster of 'Keemat'