Kajol and Salman Khan have given some blockbuster films. Take a look at the list of iconic movies the two featured have done together. Click to read more.

Bollywood diva Kajol has shared screen space with some of the biggest superstars of Hindi Cinema from Aamir Khan, Amitabh Bachchan to Salman Khan. Kajol is one of the few actors in the movie business who is loved dearly by the critics and audiences both. Her enchanting personality and vehement passion for her craft is simply adored by her admirers.

Read: Kajol Reveals What Keeps Her Busy Amid Lockdown, Reminisces Journey On Instagram

Talking about Kajol's movies, one actor with whom Kajol looks best onscreen is none other than megastar Salman Khan. The two have worked together in very few movies, but their sizzling onscreen chemistry is widely adored across the country. Let us take a look at the list of film Kajol has done with Salman Khan. 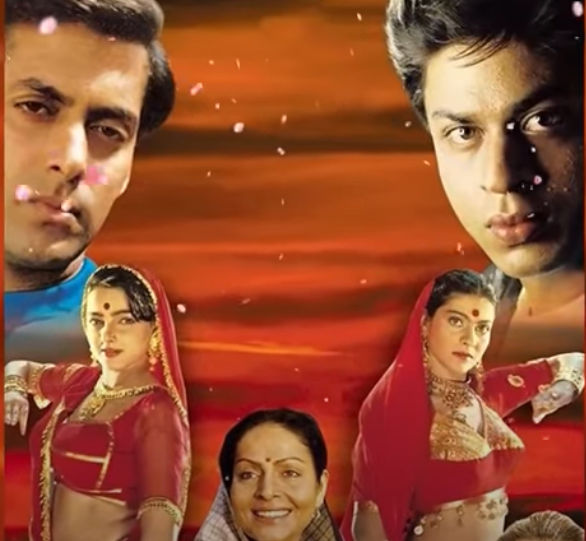 A post shared by InfoBollywoodIndonesia (@infobollywoodindonesia) on Mar 3, 2020 at 3:24am PST

Salman Khan and Kajol played a couple in the Karan Johar's iconic debut movie Kuch Kuch Hota Hai. Salman Khan essayed the role of a mature and fun-loving businessman in the film, who is head over in heels love with his fiance played by Kajol. The two gave memorable performances in the film, especially the song Saajan Ji Ghar Aaye which was the highlight of the romantic drama.