The recent release of Kajol’s short film, Devi, received praise from fans. However, the film was later slammed for plagiarism. Read here to know more.

Kajol’s short film, Devi released recently and received praise from fans. However, the film was later slammed for plagiarism. Talking about the same, Devi producer, Niranjan Iyengar, recently revealed in an interview that it is the audience who will decide whether the film is plagiarised or not.

Devi revolves around the group of women who live under one roof. It is known to be a ‘metaphor for purgatory or afterlife after they were raped and killed on Earth.’ However, Abhishek Rai took to Facebook to address the issue saying that Devi has a “heavy resemblance” with his short film, titled Four. Abhishek Rai had written and directed his short story in 2018.

When Niranjan was asked about the issue, he said that Priyanka Banerjee, who is the director of the film, narrated the story to them. He further added saying that both the films are out in the open, people should watch both films and take a call on the same. He also said that he will not be the one to comment on the similarities of both films.

Niranjan further said that that the story of the film, Devi is mind-bending and the reason they took up the film was that it is a serious issue. On the other hand, Kajol also said “Please watch it. We really want you to watch the film. Please go ahead and watch it.”

After Niranjan Iyengar and Kajol’s interview went live on YouTube, some fans were very upset. One person replied in the comments saying “You people have copied the entire concept. Better accept it. Rather than trying to escape the allegations. You should learn to acknowledge the original thought and creativity then only people will respect your work.” While another user wrote, “I just saw ethics being butchered." 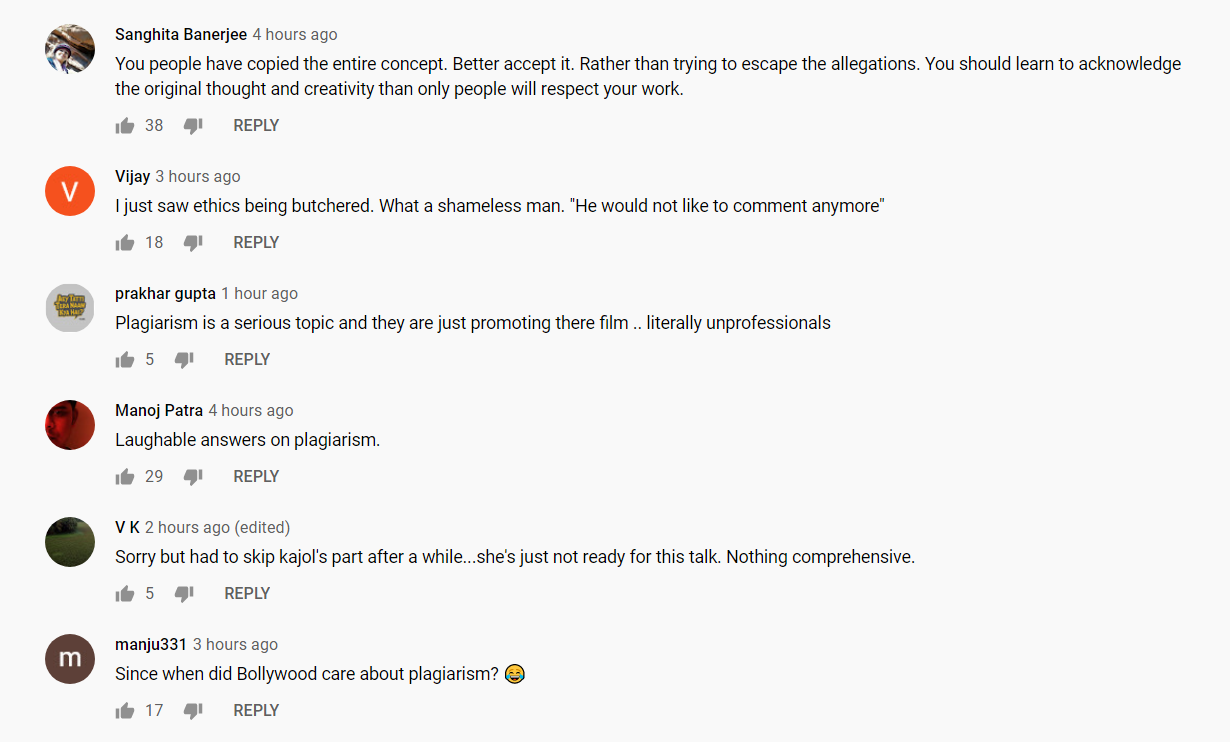