Kajol used a hilarious way to spread awareness for the current ongoing pandemic of the Coronavirus. Read further to watch how the DDLJ actor did it.

Kajol is undoubtedly one of the biggest superstars in Bollywood. The actor has starred in several Bollywood cult classics and even today happens to be one of the most revered actors. Kajol is no stranger to the online social space and is quite active on her social media accounts. She keeps her fans posted on her latest happenings and events.

Recently, Kajol shared a story of a rather hilarious take from her popular film, Dilwale Dulhania Le Jayenge. The world is facing a pandemic with the coronavirus outbreak. Superstars from all the film industries around the globe are doing their best to spread awareness among their fans about this issue. They are urging fans to take necessary measures to prevent contracting the deadly virus. 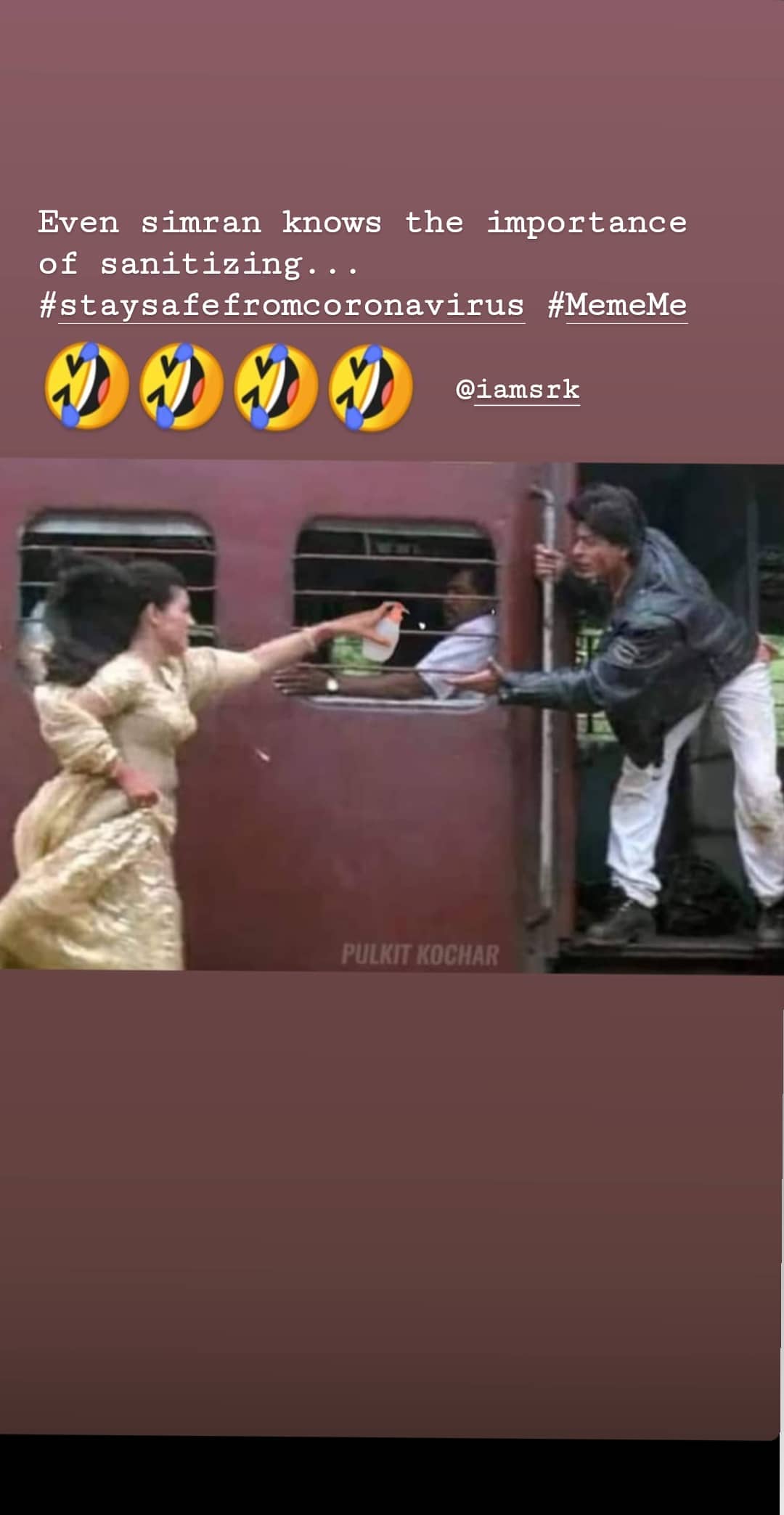 Hence, in the wake of such a serious world issue, Kajol decided a humorous way to make her fans aware of a precautionary measure. Dilwale Dulhaniya Le Jayenge is an iconic film and remembered by all. The iconic climax scene is something fans just cannot get out of their heads and therefore Kajol used that scene to her advantage. A meme made by a fan was sent to Kajol in which the climax scene has been modified to add a hand sanitizer in Kajol's hand as she lends her hand forward to Shah Rukh Khan.

Kajol seemed to enjoy the meme very much as she shared it on her story with the caption that read as "Even Simran knows the importance of Sanitizing". She also tagged fellow costar, Shah Rukh Khan, in the shared story. Her fans sure had a good laugh watching a hilarious twist to a rather emotional scene from the cult classic film.

Also Read | 'Baazigar', 'DDLJ' And Other Movies Of Kajol Which Have 7+ IMDb Ratings

PEOPLE HAVE PLEDGED SO FAR
Shehnaaz Gill expresses her lockdown distress with an adorable Tik Tok video | Watch
Urvashi Rautela reveals that she is in an 'Isolationship'; see post
When Kareena Kapoor replaced Bobby Deol with Shahid Kapoor in 'Jab We Met'
Times when Disha Patani's dance moves had her fans floored
Malaika Arora and Alia Bhatt’s adorable laughing picture is what you need to see
DO NOT MISS
LOCKDOWN TO BE LIFTED IN PHASES?
BMC MAKES WEARING MASKS MANDATORY
DECISION ON LOCKDOWN EXTENSION
MIZORAM CM ON NATIONWIDE LOCKDOWN
CONG SINGHVI ON COVID-19 LOCKDOWN
MAN THRASHED BY MINISTER'S GOONS