Kajol's 'Gupt: The Hidden Truth' is one of her most acclaimed movies of the 90s. Continue reading to know more about other such thriller films of Kajol.

Kajol has impressed many with her mesmerising performances. From her films in the ‘90s to recently released Tanhaji, fans have marvelled at her acting skills. Check out some of Kajol's best thriller movies to binge-watch during this period of lockdown and self-isolation. 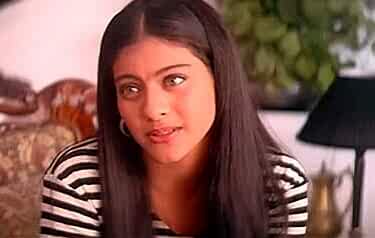 (PIC CREDIT: SCREENGRAB FROM THE FILM GUPT: THE HIDDEN TRUTH)

ALSO READ: Kajol's Best Selfies That You Should Not Miss | See Pics Inside

Kajol’s performance in Baazigar won many hearts and she received many accolades. She played the character of Priya who wants to get to the bottom of her sister’s murder. The movie starred Shah Rukh Khan as her love interest and Shilpa Shetty as her elder sister. The pyscho-thriller film earned appreciation and immense love from the audience as well as the critics.

Directed by Tanuja Chandra, the film saw Kajol playing a double role for the first time. The 1998 film featured Kajol, Sanjay Dutt and Ashutosh Rana in the lead roles. The plot of the story revolved around the characters of Kajol - Sonia and Naina Sehgal. Naina goes on a hunt to track down her sister's rapist and killer Gokul (Ashutosh Rana) with the help of Suraj (Sanjay Dutt). The film Dushman was a remake of 1996 Hollywood movie Eye For An Eye and it also had a theatrical release in Canada.