Kalki Koechlin Goes Surfing; Says She Was 'a Bit Wobbly After 2 Years'

Bollywood actor Kalki Koechlin spent most of her time with her baby at home for the last few months. She recently shared a few pictures surfing on a beach

Bollywood actor Kalki Koechlin has been staying indoors in Tamil Nadu since the COVID-19 lockdown was announced in March. Throughout the lockdown, Kalki shared glimpses of how she was spending her time during the lockdown. Recently, she headed out to go surfing after a long time. She shared a few pictures of her surfing with a surf training school in Villupuram.

Kalki Koechlin delivered her first baby with partner Guy Hersberg in February this year just before the lockdown was announced. Ever since then, the actor has been staying indoors with her daughter Sappho in her house in Tamil Nadu. It was after a long time that Kalki Koechlin did something adventurous. She recently shared a few pictures while she was being trained for surfing on a beach. In Kalki Koechlin's Instagram photos, she is wearing a dark blue t-shirt with grey shorts. She is seen practising different positions in surfing as she is trained by the Kallialay surf school.

Kalki Koechlin's photos were also shared on the surf school's Instagram page. In the caption, she wrote,"Bit wobbly on the board after two years, but glad to be catching some green waves @kallialay_surf_school Thanks for the zinc and push @samai_de_kallialay." She mentioned that she had surfed 2 years ago. Fans took to Kalki's Instagram post to comment on her surfing photos. A fan asked Kalki to tell them what she is not good at. Take a look at the comments. 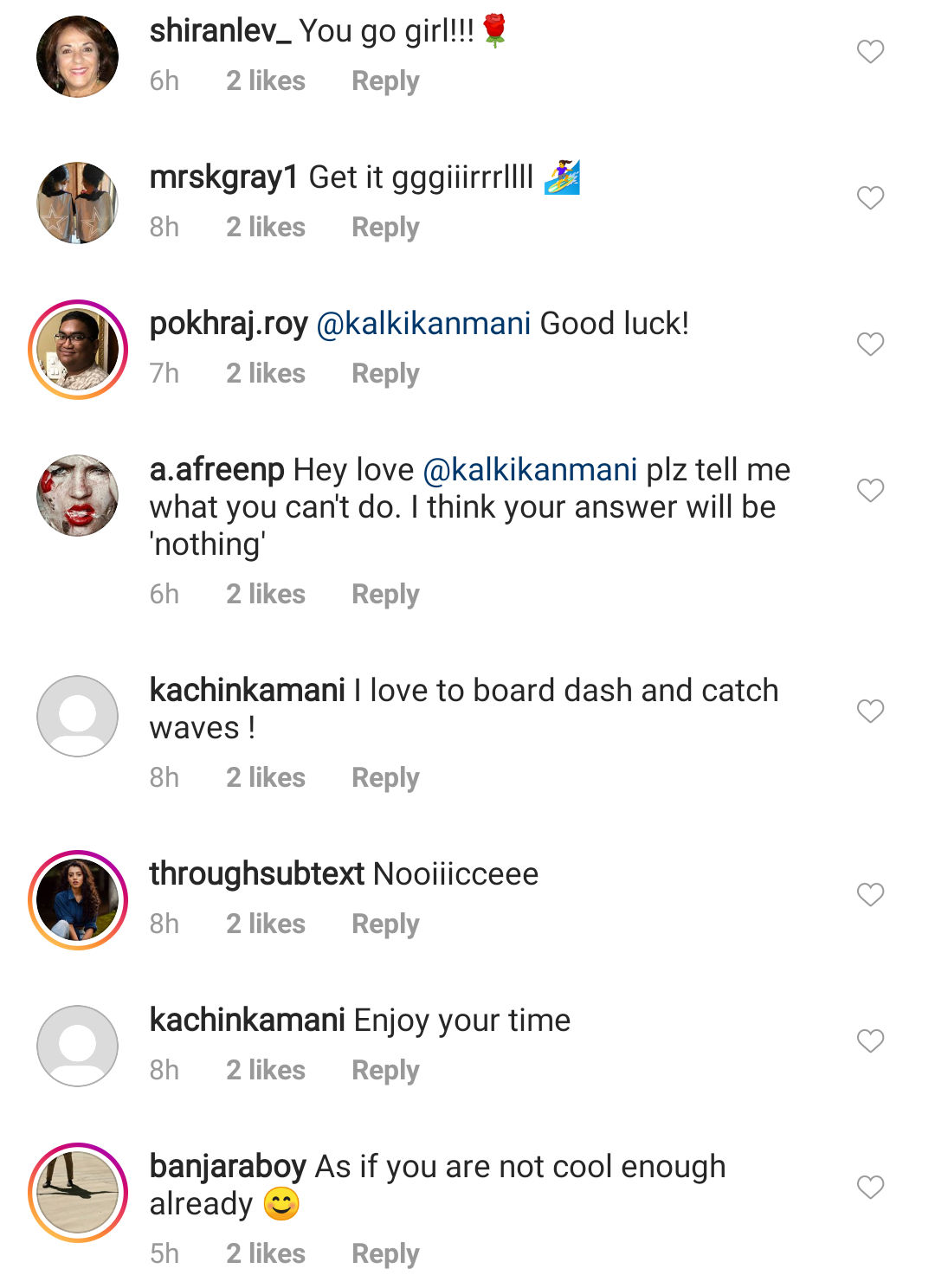 Kalki Koechlin on the work front

On the work front, Kalki Koechlin will be next seen in the Tamil Netflix original film, Paava Kadhaigal. Paava Kadhaigal is the first Tamil Netflix original and is an anthology directed by four critically acclaimed filmmakers - Gautham Menon, Sudha Kongara, Vignesh Shivan, and Vetri Maaran. The various stories of the film will explore human concepts of love, pride, and honour. The anthology has created a massive hype amongst fans. The film will star actors like Kalki Koechlin, Prakash Raj, Shanthnu Bhagyaraj, Sai Pallavi, Padam Kumar, and Kalidas Jayaram, among others, in pivotal roles. She was last seen in the web series Bhram on Zee5.