Kalki Koechlin has shared a candid picture of herself along with daughter Sappho in her latest Instagram post; Reveals her New Year resolution

Kalki Koechlin has earned her name in the film industry with the various roles that she has done in a number of hit films. However, it is to be noticed that the actor has kept her personal life behind the curtains and has refrained to give anyone too much of a peep inside her life. However, she keeps on posting on her Instagram every now and then to keep are fans updated about herself. She has now posted a sweet picture of her daughter along with a witty message in her latest Instagram post – have a look at it.

In the early months of 2020, it was announced that Kalki had given birth to her baby daughter with her boyfriend Guy Hershberg and was flooded with wishes from her fans and colleagues. She has now posted a sweet photo of her baby daughter Sappho, along with the New Year resolution that the actor has set for herself. The photo is visible from the holiday season of Christmas, with a Christmas tree visible in the background of the photo. While the focus is on Sappho, the photo managed to capture a part of Kalki’s face as well, as she took care of her daughter.

ALSO READ: Kalki Koechlin And Anjali Are All Smiles In BTS Pictures From 'Paava Kadhaigal'; Check Out

The click showed Sappho eating spaghetti while looking straight at the camera. The caption of the post reads, “New year resolutions – Breathe - Don't count on your plans - Keep calm and eat noodles”. Kalki credited the picture to popular actor Sayani Gupta. Fans sent a number of messages on one of the few Kalki Koechlin’s Instagram posts that feature her daughter. They also pointed out the striking similarities that Sappho bears with her mother. The fans seemed to have thoroughly enjoyed this candid picture of the actor with her daughter. 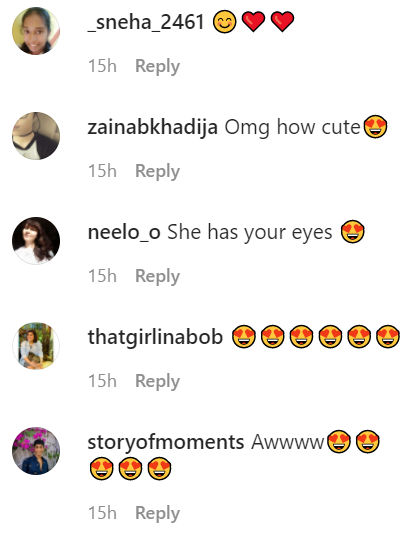 Kalki Koechlin was seen in the movie Gully Boy starring Ranveer Singh and Alia Bhatt. She has also appeared in a number of other popular films such as Yeh Jawaani Hai Deewani, Zindagi Na Milegi Dobara and many more. She will be next seen in the film titled Scholarship.