Queen of Bollywood Kangana Ranaut has written a beautiful poem called 'Mother' and dedicated it to all mothers around the world on the occasion of Mother's Day.

Bollywood actor Kangana Ranaut wrote a beautiful poem for her mother Asha Ranaut and also dedicated it to all the mothers in the world. Her official Instagram account, managed by her team, featured a post with the poem titled 'Mother' which speaks about a child's longing for its mother. The post was captioned, "#KanganaRanaut pens down this beautiful poem on the account of Mother's Day. Here, she dedicates some beautiful words as gift to her mother and all the mothers in the world. Happy Mother's Day. ♥ï¸".

Kangana Ranaut also shared a video where she can be seen reciting the poem written by her. The post was captioned, "They say a mother understands what a child does not say, today let's tell them out loud. Let's make #MothersDay extra special for our mothers by telling them what's in our hearts!! ♥ï¸ðŸ¤—ðŸ¤°"

Earlier on Saturday, Padma Shri awardee Bollywood actor Kangana Ranaut shared an adorable and heartwarming selfie with her mother Asha Ranaut through her official Instagram handle. She wished her mother 'a very happy and blessed Mother's Day in advance' and revealed that she has been spending quality time with her mother. Through the caption on the post, she also called her 'a strong woman who raised strong women'. 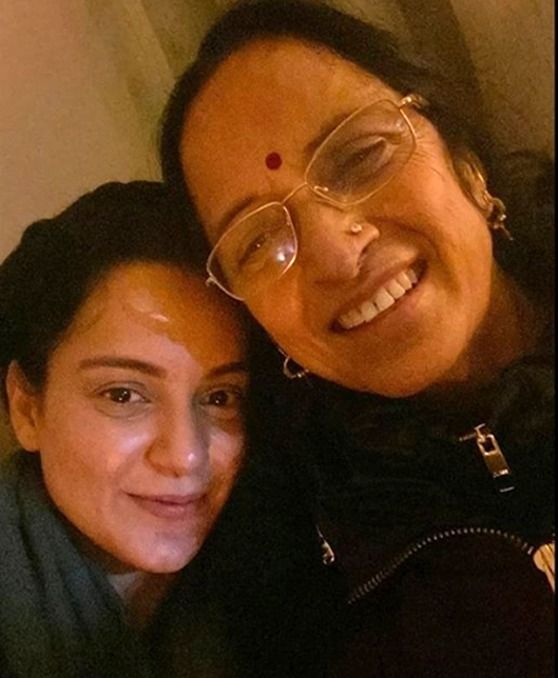 What's next for Kangana Ranaut?

Kangana Ranaut was last seen in Ashwiny Iyer Tiwari's last film Panga where she essayed the role of a mother. Her ambitious project Thalaivi is due to release on June 26, 2020. After Thalaivi, Kangana Ranaut will be seen in a fiesty and fierce avatar in the action film Dhaakad, directed by Razneesh Ghai.

Dhaakad was supposed to have a Diwali release this year but it seems that the ongoing COVID-19 pandemic has spelt trouble for the film. She will also don the Indian Air force uniform for her role in Tejas.