Bollywood actor Kareena Kapoor Khan took to her social media handle and shared a picture, feat her girl-gang, on Monday while calling it a fortune of memories

Bollywood actor Kareena Kapoor Khan, who is gearing up to welcome her second child, took to her social media handle and gave an insight into the gala time with her girl gang, on Monday. Interestingly, the pictures featured the mom-to-be actor along with her elder sister Karisma Kapoor, and friends Amrita and Malaika Arora, and Mallika Bhatt. While Karisma is seen standing to pose for the picture, the others are seen resting on a couch. Kareena and her girl gang were presumably treating their sweet tooth after the dinner as two pies were served on the table.

The 40-year-old actor wrote a short caption, which read, "It’s been a FORTUNE of memories... on to the next... to new beginnings", along with a couple of heart emoticons. She further added, "PS: #Fortune you have been kind". To conclude her caption, she also mentioned a few hashtags, which were #FortuneNights, #EndOfAnEra, and #KaftanSeries. Scroll down to take a look at Kareena Kapoor Khan's latest entry to her Instagram.

Within a couple of hours, the Jab We Met actor's post managed to garner more than 300k double-taps; and is still counting. On the other hand, a handful of her fans flooded the comments section with red-heart emoticons and one-word compliments. An Instagram user wrote, "Happy to see u all in a single frame". Meanwhile, another fan, who was presumably excited for Kareena's baby, asserted, "Waiting for the new one to come ma'am". On the other side, one-word compliments such as "Beautiful", "Cute" and "Queen", among many others, are a few to name, which appeared in the post's comments section the most. 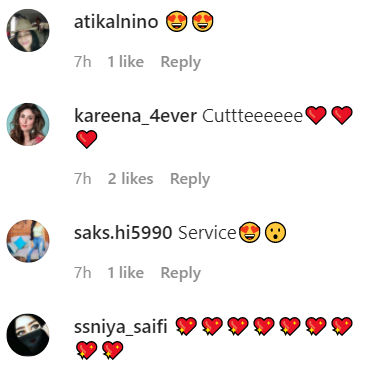 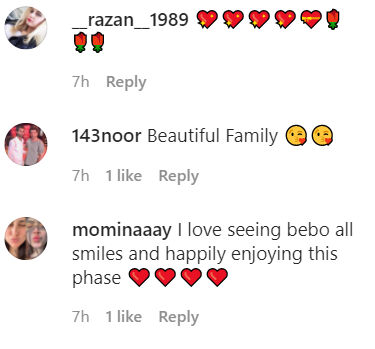 READ | Malaika Arora Talks About How Sunday Should Look Like, Shares Picture From Her Goa Trip

It seems like the Udta Punjab actor has kick-started this year on a high note along with her girl-gang. A couple of days ago, Khan had shared a picture of her girl gang, in which Karisma Kapoor aka Lolo was missing. While for her latest entry she wrote a brief caption, she wrote "Reunited" for the below picture. Meanwhile, Amrita Arora Ladak also shared a similar group picture on Instagram story session and captioned it, “When in the bay, it’s girlie time, #reunited we stand”. Amrita also posted a photo of pizza boxes and wrote, “What more could we ask for on a girls night,” along with it.

READ | Kareena Kapoor Khan Shares Picture With Her Girl Gang; Says 'till We All Meet Again'