A throwback video of Kareena Kapoor Khan and Sonam Kapoor has been widely popular among fans and is creating a stir on the internet. Watch the video.

There are several Bollywood celebrities who share a good rapport with each other. Actors such as Sonam Kapoor, Kareena Kapoor Khan, etc. not only share a good bond but have also been seen sharing screen space together. Recently, a certain throwback video of Kareena Kapoor Khan and Sonam Kapoor has been widely popular among fans and is creating a stir on the internet.

In the throwback video that was shared by one of their fans, Sonam and Kareena can be seen hanging out with some of their friends. One of their friends asks Sonam what is your opinion on dessert to which Sonam replies saying that it should not have calories. Kareena Kapoor soon turns the camera towards her and said that she must not eat dessert but Sonam has just eaten a box of pringles. And they all burst into laughter. Watch this fun banter of Sonam Kapoor and Kareena Kapoor Khan here.

Sonam and Kareena's natural makeup look has gotten fans to admire them even more. This post has got fans constantly commenting on the post. Check out a few comments below. 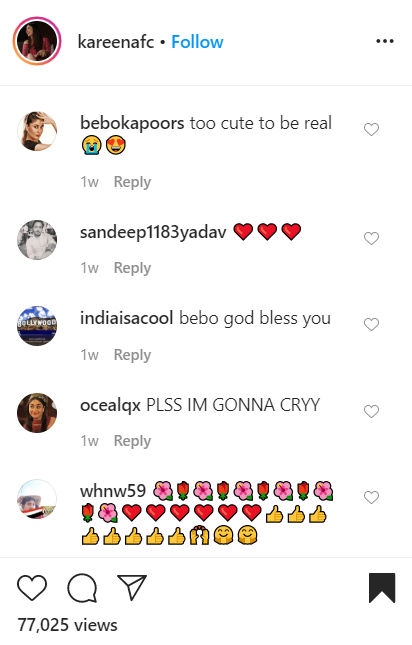 Sonam Kapoor and Kareena Kapoor Khan were last seen together in the film Veere Di Wedding. The film not only gave some major BFF goals but fashion goals too. Fans were seen donning outfits worn by the two divas. The film received mixed reactions from fans and movie buffs. But was overall loved for the acting skills and storyline.

The Coronavirus pandemic might have got people locked in their homes but has not prevented them from going viral on social media. Kareena Kapoor Khan who recently joined Instagram has got millions of fans checking her gram profile in a short span of time. While Sonam Kapoor, on the other hand, is no less as her social media game gets better day by day. The two major Bollywood actors not only slay well together but also charm the masses with their several films.