Anand Ahuja Asks Sonam Kapoor To Recreate A 4-year-old Pic, Gets A Video Instead; Watch

Sonam Kapoor and husband Anand Ahuja are celebrating their second wedding anniversary today, i.e. on May 8, 2020. And to mark this happy day, Anand Ahuja shared an adorable post that is sure to leave fans in awe of them. Anand Ahuja took to his Instagram handle to share a cute boomerang of them recreating a previous photo that they took over four years ago.

In the boomerang, Sonam Kapoor can be seen giving Anand Ahuja a peck on his cheek. Along with the video, he also wrote saying that he had asked Sonam to recreate the picture she posted and instead of the picture he got a little video instead. Check out the adorable post below.

Fans went on to congratulate the duo and also said a few kind words in the comment section. Some of her fans wrote, “y’all are goals”, “Congrats. May you both be blessed and happy always. Xoxo”, “Congratulations. Y’all are the best couples.” Check out a few more comments from their fans on his recent post. 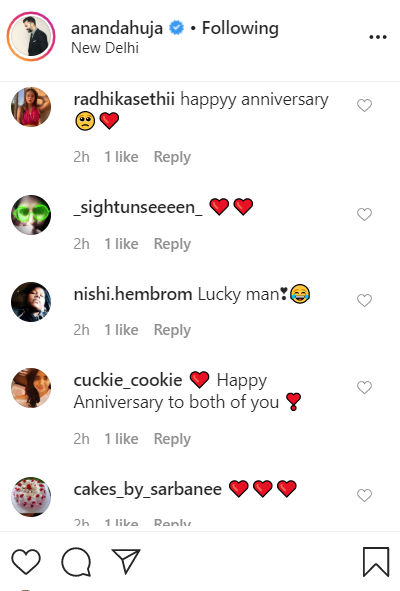 Earlier, as seen on Anand Ahuja’s Instagram stories, he went on to reveal how he surprised Sonam with decorating the house with balloons. The couple was also wished by Sonam’s family through a video call. Anand went on to share the picture of the video call on his Insta stories. In the picture, Anand Ahuja and Sonam Kapoor can be seen talking to Anil Kapoor, Sunita Kapoor, Rhea Kapoor and her boyfriend Karan Bolani. 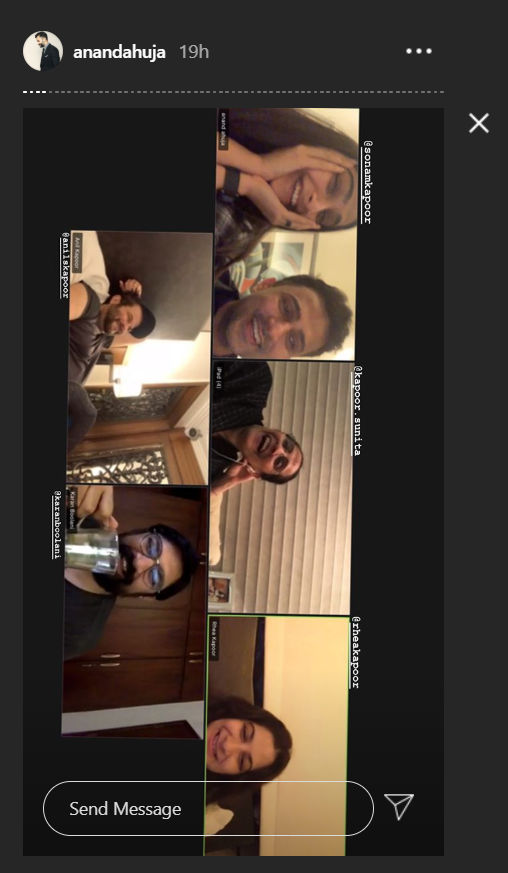 Sonam Kapoor and Anand Ahuja’s wedding sent fans into a frenzy two years ago. The duo married in an elaborate, traditional wedding ceremony in the presence of their loved ones. Their wedding pictures were all over the internet. Many of their friends, celebrities and fans have gone on to wish the duo through their social media handle.

Sonam Kapoor recently took to Instagram to share an adorable post of her and her husband. She shared a major throwback picture that was clicked four years ago when the initially began dating. In the picture, Sonam Kapoor can be seen giving Anand a kiss on his cheek, while Anand is all happy. Check out the adorable picture and the kind note she wrote to her husband below.