Kareena Kapoor Khan took to her Instagram account and shared a picture painted by her 'in house Picasso' Taimur Ali Khan. Check out the painting and the post.

Kareena Kapoor Khan shared a painting on her Instagram account and credited her toddler for it as well. Kareena Kapoor Khan, much like most Bollywood celebrities has been homebound after the coronavirus pandemic has caused a lockdown in the nation. She has been spending some time with her son Taimur Ali Khan as well as her husband Saif Ali Khan.

In the picture, four people are seen lounging on a beach chair while there are fishes in the water at the beach in front of them. There are two umbrellas protecting the lounge chairs and the people sitting on the chair. There are two flowers in the waterbody in front of the people as well. Kareena Kapoor Khan had previously shared a painting done by her son. Check out the picture here. 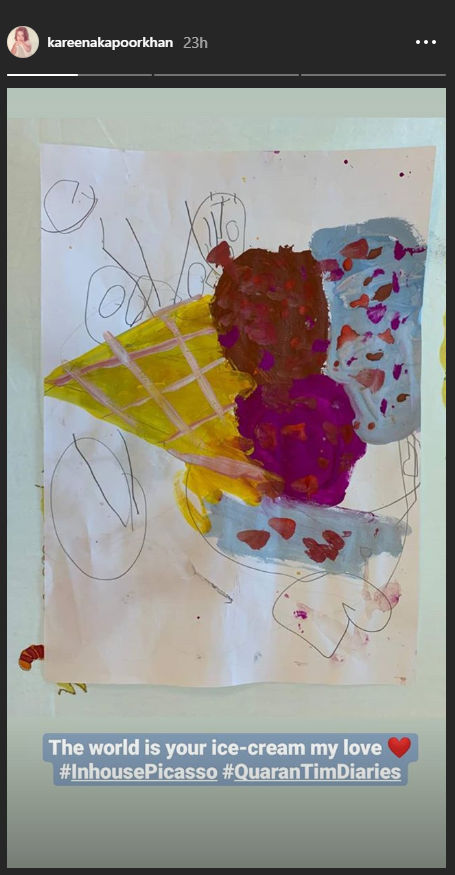 ALSO READ: Taimur Ali Khan Gets All Goofy As Paps Capture Him Taking A Stroll With Papa Saif Ali Khan

ALSO READ: Taimur Ali Khan Asked His Daddy To Pick Him Up Or Give Him A Hug? Fans Debate