Kareena Kapoor Khan, Saif Ali Khan and their three-year-old son Taimur Ali Khan was spotted at the Mumbai International Airport in the wee hours of the morning.

Kareena Kapoor Khan, Saif Ali Khan and their three-year-old son Taimur Ali Khan was spotted at the Mumbai International Airport in the wee hours of Thursday morning, heading off for their New Year vacation. In a series of pictures that surfaced on the web, Saif can be seen donning a clean-shaven look, dressed navy blue trousers, and a checkered blue shirt. Kareena, on the other hand, was seen wearing a hoodie, which she accessorized with sunglasses and a hat. Take a look below: 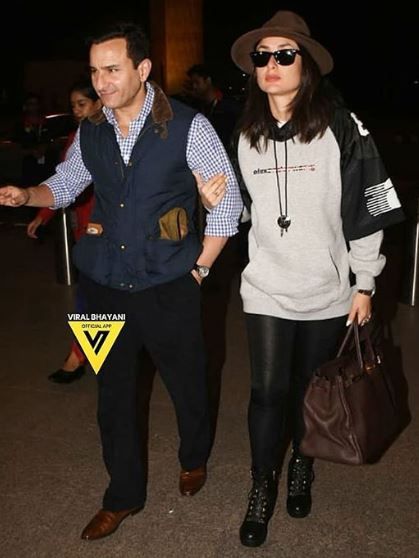 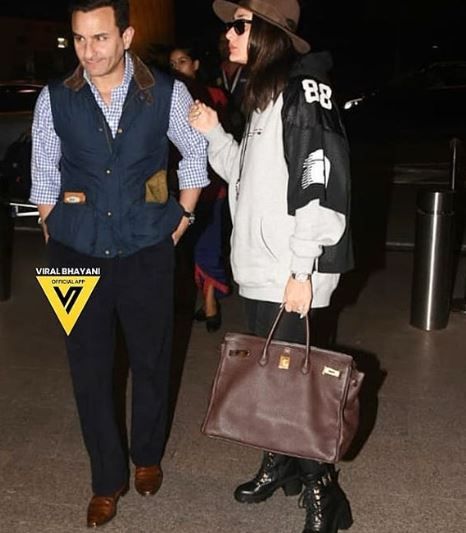 Accompanying them was a sleepy Taimur Ali Khan cuddled in his nanny’s arms. In the videos, the latter can be seen asking the paparazzi to avoid clicking pictures of the star kid as he was sleeping.

Two days back, Kareena Kapoor Khan and Saif Ali Khan had hosted a Christmas bash that was attended by the who's who of Bollywood. Sara Ali Khan, Alia Bhatt, Ranbir Kapoor, Malaika Arora, Natasha Poonawallah and many others were present. All of them arrived in style and took the fashion quotient up a notch.

Kareena Kapoor Khan is gearing up for the release of her film, Good Newwz alongside Akshay Kumar, Diljit Dosanjh, and Kiara Advani. Early reviews of the film have already come in, and viewers can't stop raving about it already! Saif Ali Khan, on the other hand was last seen in the film, Laal Kaptaan, where he was seen playing the role of a Naga Sadhu. Although it was a rather challenging role, and it was the first time, the actor was seen in such an avatar, it failed to strike a chord with the audiences and tanked at the box office. He will next be seen in Jaawani Jaaneman alongside Tabu.