Kartik Aaryan & Sara Ali Khan Can't Take Their Eyes Off Each Other, Fans 'love' The Pics

Sara Ali Khan, Kartik Aaryan can't take their eyes off each other and fans love it.The two were spotted together for the first time after their alleged breakup

Months after social media speculated Sara Ali Khan and Kartik Aaryan's alleged break-up, the two were spotted together and fans love the pictures of their meet & greet session! The two couldn't take their eyes off each other as they posed for the shutterbugs outside Maddock Film's office on Saturday. While Kartik wore a navy blue blazer, trousers and white sneakers, the Kedarnath actress looked refreshing in a white ethnic outfit, with no make-up.

READ:  Kartik Aaryan Bonds With His Choreographers On The Set Of 'Dostana 2' 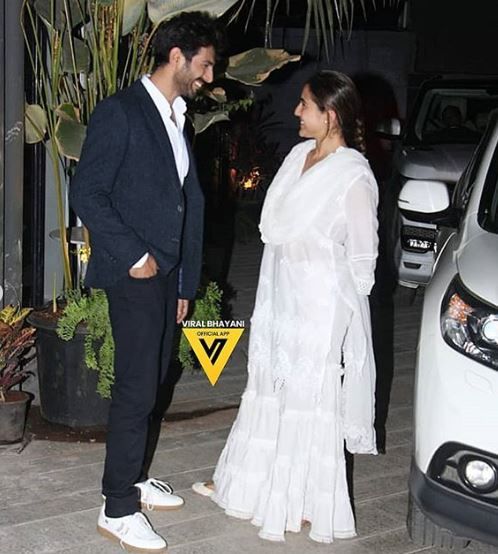 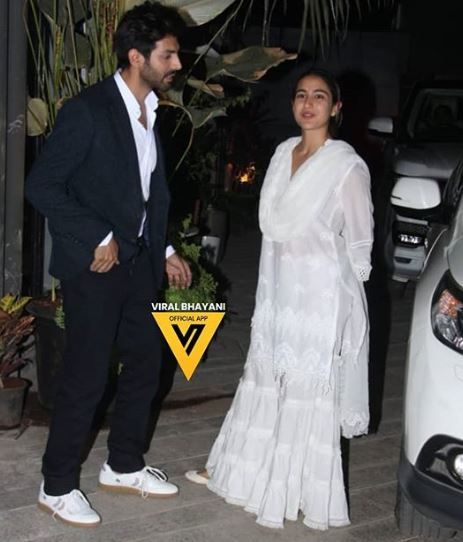 READ: Kartik Aaryan Warns To NOT Look Into His Eyes, Bhumi Pednekar Calls It 'intense'

The two will be seen in the upcoming film Aaj Kal, directed by Jab We Met fame Imtiaz Ali, scheduled to release on Valentine's Day. Although more details about the film have been kept under wraps, the film is already one of the most anticipated films because of actors Kartik Aaryan and Sara Ali Khan as the lead pair. Fans have been excited to see the chemistry between the duo who are also rumoured to be in a relationship.

In a recent interview with an entertainment portal, Kartik Aaryan opened up about working with the Pataudi princess and revealed that ever since he learnt that Sara Ali Khan had a crush on him, he had been eager to work with her. He went on to add that he had been curious to see himself onscreen with Sara Ali Khan and he hopes that their chemistry lives up to the expectations of the fans.

For the uninitiated, Sara Ali Khan had confessed on a celebrity talk show earlier last year that she had a crush on Kartik Aaryan. Kartik Aaryan also revealed that he is awed by the fan frenzy created by their followers who have coined the name 'SarTik' to refer to the couple.